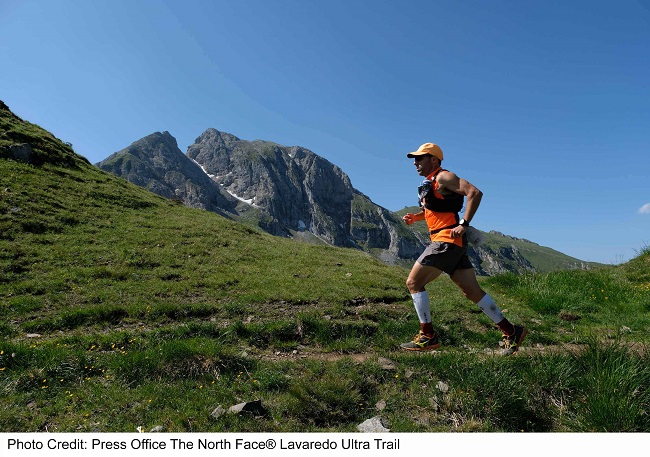 To his victory in the off-road race, Frenchman Fabien Antolinos brought with him two firsts: for the first time, he won a race in Italy and brought along to the top step of the podium a shoe equipped with a Michelin sole: the Mizuno Wave Daichi.

Here are the winner’s impressions of the race.

There are trophies that every athlete would want to have on the shelf, and in the case of trail running that trophy is The North Face Lavaredo Ultra Trail, the competition in Cortina d’Ampezzo at the end of June that has seen hundreds of runners compete along 120 kilometres with 5,800 metres vertical change.

Standing out among the more than 1,000 finishers was Fabien Antolinos, the 40-year-old Frenchman who came to running at a not-quite-young age, but who has been able to earn his place in the sun in the discipline of trail running: “In fact I started running a little late, I was 31 years old,” said Fabien, “until then I played football and mountain climbing: I love ice falls.”

His great physical shape, sixty-three kilograms and 1.70 m height, and strong determination, soon earned Fabien a place in races far from the asphalt. “In 2008, I registered for the Saintelyon, a historical race in my region held in December and which covers the 72 km between Saint Etienne and Lyon, and I won!” he smiles as he recalls, “and there I understood that I have a discrete potential in trail running, although I needed to gain experience because the last few kilometres before Lyon I had cramps like never before in my life.” 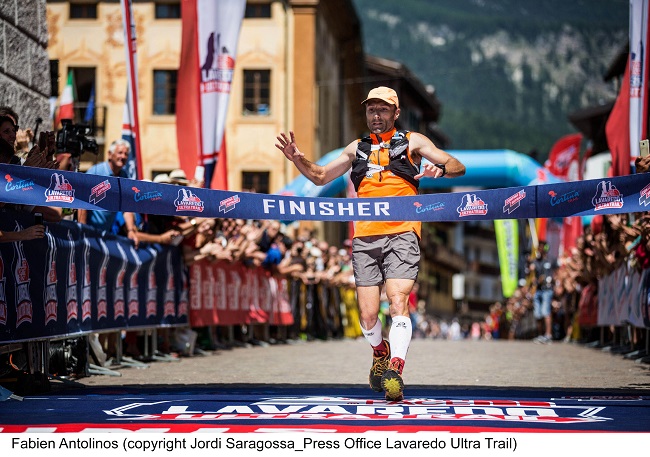 That was the race that allowed Fabien to turn and face a ten-year career as a top runner in ultra trials: “Certainly the LUT is one of my most prestigious accomplishments, but I would also include the fifth place in UTMB in 2015 and the seventh in the Madeira Island Ultra Trail”.

As an almost pro activity, he must reconcile the daily life of a family with wife and two children to raise, and the role of physical education teacher in the middle schools of Lyon.

“I train seven to 12 times weekly, and depending on the time of year even 35 hours and 150 kilometres per week, and then add that often I train by cycling, skiing in the winter and I go to the gym for a little strengthening,” continued Fabien, “in short, it’s hard to find me sitting on the sofa!”.

He adds another detail, “…I use up a dozen shoes each year.”

And speaking of shoes, Fabien has quite clear ideas: “As a runner, the first thing I look at is the drop (the difference between the height of the heel and the forefoot, ed.) but also that the shoe allows good dynamism,” he describes precisely and pointedly, “and then they should be light but solid. And last, but maybe it should be first, the sole must hold up on abrasive surfaces” 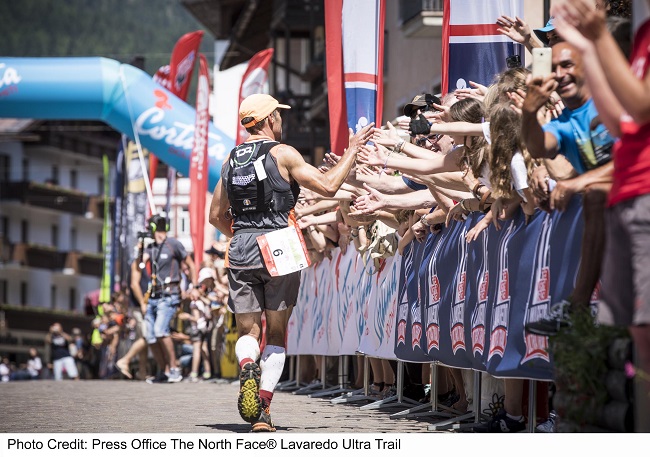 For the The North Face Lavaredo Ultra Trail Fabien Antolinos, Mizuno testimonial, wore Mizuno Wave Daichi shoes equipped with Michelin outsoles: Daichi is a Japanese term meaning “ground”, a name for the shoe that guarantees an opportunity to move on all the paths of the world. Constant traction and stability on different ground, particularly in mud, are entrusted to the Michelin G-Adaptive sole, inspired by the mountain bike tyre Cyclocross Mud 2. “The sole has a micro-lug design with different angles to facilitate adherence on uneven ground and they give me traction in all weather conditions,” said Fabien. In addition, the entire sole is marked by a deep X-shaped groove, a basic element in the structure XtaRide by MIZUNO, which allows the shoe to adapt to uneven ground and work in harmony with the wearer’s body.

“I’m really happy with my Mizunos. With this pair since April I have run about 400 kilometres in races, some very difficult, like that of Madeira, but also in the French Alps, and I find them extremely comfortable and reliable,” underscores Fabien, “because you never know exactly what kind of ground you’ll find in a race.”

Finished with the Cortina experience, now Fabien is already thinking about the next objective: the Tromso Skyrace in Norway, where even on this occasion he’ll test the performance of the Mizuno shoes equipped with Michelin outsoles.

For over 100 years, drivers of two and four-wheeled vehicles entrusted Michelin for safe driving on all terrains and weather conditions. In 2014, the choice to bring this ground contact experience in the world of technical soles came naturally. Since that date, the MICHELIN Soles is a protagonist in the world of design and production of technical soles with a precise mission: to provide each shoe with an exclusive and co-designed sole with brand partners to obtain the best performance ever. Virtuous collaborations in which values, objectives and knowledge are shared for the development of a product capable of bringing real innovation and tangible advantages to the final consumer, in different segments of the footwear market.

MICHELIN Soles operates in over 12 segments: from outdoor to active sports, from running to winter sports, from work & safety to kids world. Tires and shoes share the same vocabulary: footprint, sole, tread, rolled, stability, rubber and fabric. It is here that Michelin comes into play by sharing its knowledge and technological innovations with JV International, the global strategic partner chosen for the design, development and production of high-performance MICHELIN soles.
Soles by Michelin