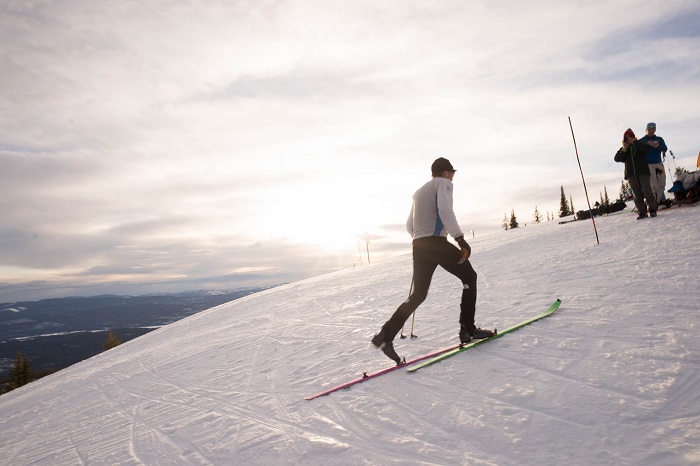 On March 17, 2018 at 9 am, skimo and ultrarunner on The North Face Athlete Team, Mike Foote embarked on his attempt to conquer 24 hours of continuous uphill/downhill skiing to smash the record of 60K vertical ft gained.

“Honestly it feels like the biggest physical accomplishment of my life. And to do it in a place where I have so many friends, community and history means so much. I’ve been obsessing over it for the last 6-7 months, and made a lot of sacrifices for it; it feels good to dream big and accomplish what you set out to do” Foote explains.

A record previously held by Eckhardt Dolshlag, an Austrian pro mountain biker and skimo racer. Dolshlag set the record of 60,000 ft in 2009, besting his previous WR of 57,000 feet from 2007.  In 2011, World Champion skimo racer Florent Perrier set out to break the record and fell just short of the 60,000 mark.

Foote beat the previous benchmark by lapping a 1020 foot ski run at Whitefish Mountain Resort 60 times.
To put this into context 60,000 feet is: 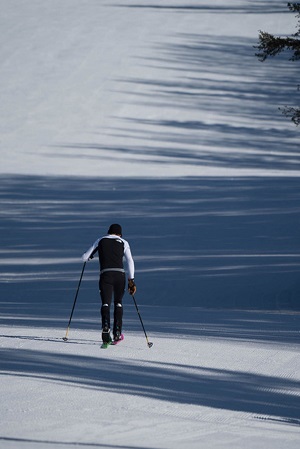 The run Foote chose to ascent and decent for 24 hours was Ed’s Run at Whitefish Mountain Resort, which has a long history as his go-to training spot.  “I chose Whitefish because I spent my 20’s learning to move in the mountains on skis there.  I grew up playing baseball in Ohio and never even saw a mountain until I was 18.  Whitefish was the place where I began loving the uphill.  I ski patrolled there for a few years and often hiked up the mountain before work. My fellow patrollers all thought I was kind of crazy” Foote said. With times changing, Whitefish has one of the strongest uphill skiing communities in the country, dozens of athletes hiking up an established route to the summit daily. “I have such an emotional connection to this place, these people and this route that I couldn’t do this attempt anywhere else.”

The new world record will be verified in the coming weeks.