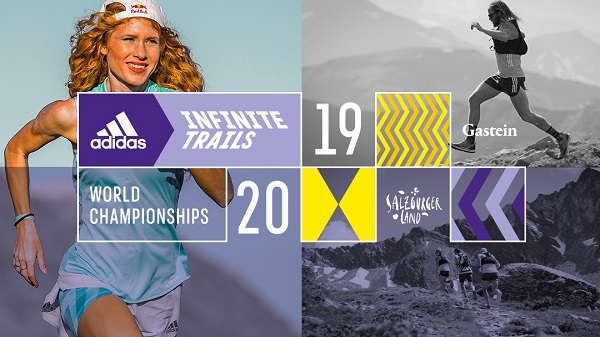 From 27 to 30 June, the top stars of the international trail running scene will meet in the Gastein Valley to race side by side in relay teams of 3 for the adidas INFINITE TRAILS World Champions title. Although registration in all three race categories, women, men and mixed, is still ongoing, it is already evident that the innovative race mode is leading to extraordinary team constellations, promising exhilarating duels on the three relay loops.

The progressive race format of the adidas INFINITE TRAILS World Championships is directed at passionate trail runners from all over the globe who want to fight as a team for the title relay world champion as well as those who simply set their goal in mastering the challenge of covering 126km and 7.800vm in the breath-taking Gastein mountainscape. This extraordinary team sport aspect is already evident in the composition of the registered relay teams. Instead of national line-ups, many pros seize the opportunity of nurturing border-crossing friendships and to reach for the title as an international team.

Women’s, men’s and mixed teams with runners from Europe, the Americas, Asia, Africa, New Zealand and Australia, pros as well as amateurs, trail running rookies and veterans of the sport will line up at the starting line in Gastein. The team spirit of the race format not only carries the vibes of the trail running community in the whole world but also leads to the fact that the race is far from decided.

But also the team of GORE-TEX TransAlpine Run winner Benjamin Bublak (GER), who will start with the runner-up world champion in ski mountaineering, Anton Palzer (GER) and with the German trail running shooting star Johannes Klein, is hungry for the tripartite trophy of the adidas INFINITE TRAILS World Championships. And of course, the team around the Vice European Champion in Mountain Running, Bernard Dematteis (ITA), whose team mates are the trail running veterans Josh Eberly and Cordis Hall (both USA), would be able to win the prestigious race.

Due to the creative team constellations of the international pro teams, the adidas INFINITE TRAILS 2019 are far from a lead-pipe cinch, not to mention the numerous “dark horses” among the alleged amateur runners which are also quite difficult to assess. Even insiders of the trail running scene, like Robert Mücke, Senior Sports Marketing Manager at adidas, find it difficult to name clear favorites. “At the moment, I really could not say, who will prevail in the women’s, men’s or mixed class – it is going to be an extremely exciting race”, the trail running expert summarizes.

In the women’s category, the team of Migu Run Skyrunner World series winner (2017), Sheila Avilés (ESP), Golden Gate Dirty 30 (50K) winner Abby Levene (USA) and Karwendellauf 2018 winner Kim Schreiber (GER) will definitely have a say in the decision. Just like Zegama champion Yngvild Kaspersen (NOR), who will race together with Silver rush 50 victor Abby Mitchell (USA) and last year’s Migu Run Skyrunner World Series winner Holly Page (GBR). The latter just stormed back to the very top of the trail running world after a serious running accident in 2017, including a runner-up position at this year’s Coastal Challenge in Costa Rica. Another potential candidate for the win is the trio around Russian superwoman and Salomon Ultra Prinieu winner Ekaterina Mityaeva who will line up in Gastein with double Ultravasan winner Jasmin Nunige (SUI) and the surprise victor of this year’s Vibram Hong Kong 100, Lu Yangchun (CHN).

It will be even more difficult to distinguish favorites in the mixed category. The team around Marcel Höche (GER), this year’s runner up on the Ultra distance of this year’s Innsbruck Alpine Trailrun Festival whose relay team also includes the young “speed runner” Adrian Niski (GER) and a Bronze medalist in the Ski Mountaineering world championships, Deborah Chiarello (SUI).

An avid trail runner, Mücke knows first-hand about the pitfalls of this demanding sport: “In endurance sports, and especially on the trails, an athlete’s performance is depending a lot of extremely small details; it is going to be decisive which team will have the best day.”

Which runner will run each of the three loops differing considerably in length and vertical profile, is not yet certain in all teams. What is certain, though, is that Saturday June 29, will see a highly thrilling competition, when at 4am the race will kick-off with a pursuit start, which will delight spectators, athletes and entourage alike (official race cut-off is Sunday, 1am). 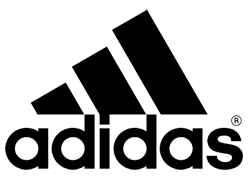 adidas – a name that stands for competence in all sectors of sport around the globe. The vision of company founder Adolf (“Adi” ) Dassler has long beco me reality and his corporate philosophy the guiding principle for successor generations. The idea was as simple as it was brilliant. Adi Dassler’s aim was to provide every athlete with the best possible equipment. It all began in 1920, when Adi Dassler made his first shoes using the few materials available after the First World War. Today, the adidas product range extends from footwear and apparel to accessories for all kinds of different spor ts.
more