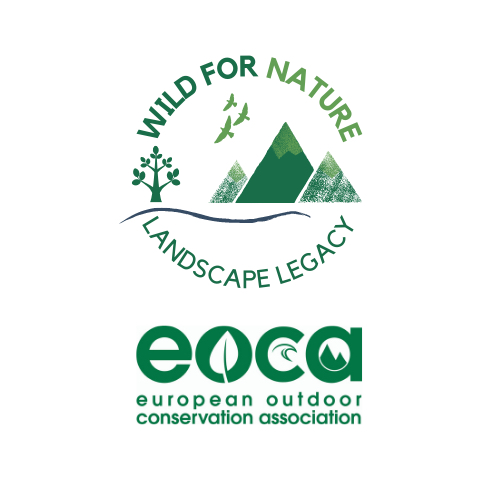 The European Outdoor Conservation Association (EOCA) is delighted to announce that, thanks to the continued support of all of its members, and due to the extraordinary fundraising activities they have carried out during 2020 and 2021, EOCA has been able to fund more projects this year than ever before. In total nearly €400,000 has been committed to 14 projects in 11 different countries, all tackling the joint issues of the loss of biodiversity and climate change. In addition, four individual members have each funded further projects via EOCA.

EOCA hosts two funding rounds each year, during which time, not-for-profit organisations are invited to apply for funding of up to €30,000. This year, in addition, EOCA invited some previously funded projects to apply for further funding up to the value of €45,000. In total 501 applications were received.

During spring 2021, an online public vote and a separate private vote for EOCA members only were held to select six projects to fund. A second voting round was held in the autumn, and a further seven projects were selected. In addition, a Fundraiser Project was selected and appears on the EOCA website asking for donations from the public. Projects were selected from a shortlist created following scrutiny of all applications received against EOCA’s funding criteria and reviewed by a panel of independent scientific advisers. Details of all of the projects selected and receiving funding can be found at this link.

The public and outdoor enthusiasts came out in force to support their favourite projects and in total, nearly 137,000 votes were received during the spring and autumn votes, more than in previous years. All the feedback from projects involved highlighted how useful and beneficial it was to be involved in this voting process, raising awareness of conservation issues, the work being done by conservation bodies and raising further support.

In addition, Pomoca, KEEN, Ortovox and The North Face have boosted the number of projects supported by EOCA this year by all selecting projects to fund themselves via EOCA. They are therefore named as Summit Members.

General Manager of EOCA Catherine Savidge said, ‘Following on from the discussions at COP 15 and 26 regarding the urgency of addressing biodiversity loss and the climate crisis, we are very grateful to all of our members who, despite the pandemic, have continued to wholeheartedly support EOCA. We are extremely grateful both to our Sustaining Members, that fund the running of the association, and also to all our members whose contributions fund the conservation work we support. This has enabled us to be in the position to fund more vital conservation work than ever before, at a time when it is becoming increasingly clear that on-the-ground work to restore, protect and conserve healthy habitats and landscapes is vital to the ongoing health of local communities, wildlife, and the planet. We very much look forward to working with these projects over the coming months.”