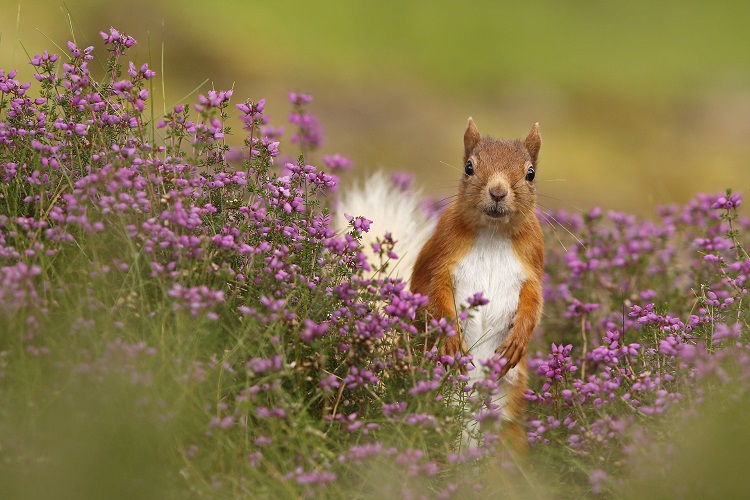 Following a public vote which reached millions, and a members’ only vote, the European Outdoor Conservation Association (EOCA) is delighted to announce the 5 projects selected to receive funding this autumn. This brings the total number of projects to receive funding from the Association and its members during 2018 to 14, in 12 different countries.

During June, EOCA received 85 applications for funding from non-profit organisations around the world. All of these applications were scrutinized and assessed against a well-established list of criteria for EOCA funding. A shortlist was drawn up of the projects most exactly meeting the requirements of the Association, which include the need to address a threat to a habitat, landscape or species, have a link to outdoor enthusiasts, work with and benefit local communities, involve an educational element and leave a legacy. This shortlist was reviewed by the Association’s panel of Scientific Advisors, all experts in a different area of conservation who kindly fulfill this role voluntarily. Each and every project in the shortlist is vitally important and EOCA would be happy to fund any of them. Sadly, the funding is not available to fund them all and so
the final list of projects to receive funding is selected through 2 votes. An online public vote was held, in conjunction with Mountain Blog to select 3 projects for funding, followed by a vote of the members only to select a further 2.

During the public vote, 26,000 votes were cast supporting the projects, and the combined reach of this vote and a similar vote during the spring has conservatively been calculated at over 48 million people. A number of well known celebrities and leading naturalists got involved in the vote this autumn. One project received a hand written letter from Sir David Attenborough supporting their project and wishing them luck. Chris Packham, Sir Chris Bonnington, Julia Bradbury and George Monbiot all got involved in the UK supporting the vote and calling for people to get involved.
Involvement in the vote brings many benefits to all of the projects in that it increases awareness and support of their projects on an international platform.

Catherine Savidge, Joint General Manager of EOCA said “As results were announced, EOCA was thrilled to see one of the projects and the Association itself being discussed in the Scottish Parliament, where EOCA was described as a ‘A Major European Funding Award’. You can watch a very short clip we have taken of the much larger discussion HERE.*”

The vote brings the total amount of money put into conservation bodies by EOCA and its members, including its Summit Members during 2018 to over €333,000. This is funding 14 projects across the world, 9 of which are in Europe.

The projects selected during the autumn votes are:

Mending Paths and Protecting Arctic-Alpine Habitat on Carn Liath, Scotland
Nominated by: Montane
Beinn a’Ghlo in the Cairngorms has an arctic-alpine mountain environment with tundra like characteristics and long-lasting snow patches. These characteristics combined with the steep hillsides, friable soil and fragile vegetation cover makes this upland area particularly susceptible to erosion from even a relatively small number of users. Beinn a’Ghlo has been designated as a Site of Specific Scientific Interest, recognising the importance of the area for conservation and wildlife. As well as the species-rich nardus grasslands, petrifying springs, alpine and boreal heaths and European dry heaths to be found, it is also home to several species of upland ground nesting birds, five of which are endangered, including the curlew, whose breeding population in the UK has declined by 62% in recent years. The increase in the popularity of hillwalking has led to informal paths developing, causing the destruction of wildlife habitats, particularly in upland areas. Carn Liath on Beinn a’Ghlo is a priority due to the extent of existing and potential for more, significant damage and requires a major path repair with light-touch techniques in some of the lower sections and a fully built path higher up the hillside, combatting erosion and encouraging re-vegetation.

Obsolete Facilities, Alps
Nominated by: Marmot
Obsolete facilities are disused artificial equipment abandoned in natural mountain areas. These lengths of barbed wire, abandoned ski lifts or various cables are a real plague for wilderness, environment and outdoor enthusiasts in mountains. Until recently, there was no obligation to remove these old structures, even though they represented a great danger to  humans and wildlife. Paragliders have recently been killed after hitting cables. Birds, including vultures, eagles and owls are regularly killed or injured by cables and other facilities – 835 carcasses were found between 2000 and 2004 in one study. Mammals, and amphibians are also trapped in these items and either injured or killed, particularly in winter when the structures are hidden by snow. This project, will continue the work of Mountain Wilderness, to raise awareness of the issue with local authorities, outdoor enthusiasts and online, and carry out 4 dismantling operations in Mercantour National Park, Vanoise National Park, Mont Cenis Massif and Cerces Massif, where barbed wires and other scrap remains from WW2. In total, it is anticipated that over 100 people will be involved in clearing over 260 ha of 9 tonnes of metal.

Repairing Paths and Protecting Peat Bog on Cut Gate, UK
Nominated by: Pro Agencies
The Cut Gate bridleway runs through an area of internationally important and stunningly beautiful blanket bog habitat in the Peak District National Park. The bridleway is popular with walkers, mountain-bikers and horse riders who have championed a campaign to protect Cut Gate. The fragile peat layer has suffered from erosion and the widening of the route, which is putting pressure on the surrounding habitat of blanket bog vegetation. The project will repair three sections of the popular upland bridleway which have become highly eroded and prone to flooding. The waterlogged surface results in users taking a wider route, further damaging the surrounding blanket bog habitat, vegetation and peat. The bridleway will be sensitively repaired using local stone, encouraging users to follow the path to prevent further damage to the surrounding habitat, while still preserving the character of the surrounding landscape and the enjoyment of the route.

The Reds Return: Securing the Future of the Red Squirrel, Scotland
Nominated by: Mountain Equipment
The red squirrel is the most beloved mammal in the UK and an iconic species of Caledonian pinewoods. Scotland is the last real UK stronghold for reds and this project aims to strengthen the conservation status of UK’s red squirrels by establishing new, self-sustaining populations in areas of the Highlands free from the threats of grey squirrels and disease. Trees for Life has been involved in pioneering this translocation technique and early efforts have successfully established new flourishing red squirrel populations in a small number of Scottish locations. The project has identified several forest areas in the Northern Highlands of Scotland which are perfect habitats for reds but which they can’t reach on their own due to the large areas of open ground in between the forests and their current range. With the support of landowners, relevant authorities and local communities, they will re-introduce 4 new populations of red squirrels to these areas and inspire people to care for them through community events, annual surveys and citizen science observations.

Restoring the Wetlands of the Cambodian Lower Mekong Delta
Nominated by: Bergans
Cambodia’s wetlands are some of the world’s most valuable ecosystems, supporting a wealth of endangered bird, fish and plant species and providing a vital source of food and income for vulnerable rural communities. But in just 15 years, half of Cambodia’s wetlands have disappeared. This project will restore two globally important protected areas in the Lower Mekong Delta, which support half the regional population of the Sarus Crane – the world’s tallest flying bird and an iconic flagship species of open wetlands. Agricultural encroachment, invasive species and the overharvesting of wetland  esources have led to a dramatic decline in the Sarus Crane population, and without urgent action to restore its habitat, the regional population will be lost forever. The project will restore 200 hectares of degraded habitat by working with local communities to clear invasive species, and will educate 1000 local people and schoolchildren on the importance of wetlands and the sustainable use of natural resources. The project will also provide training and support to a community ecotourism initiative, enabling it to provide inspiring outdoor experiences for a growing number of visitors and increase income by 25%, generating muchneeded funds for community development and wetland conservation.