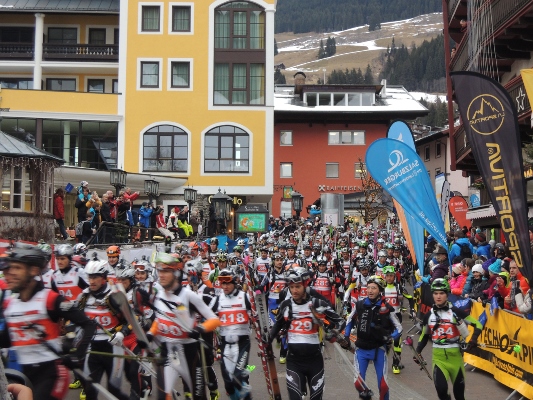 In the last edition of Mountain Attack – Saalbach (Au), one of the most prestigious and popular ski mountaineering competitions in Europe, La Sportiva took the leading role in both the ski test and in the competition.

The snow this year has decided not to fall on the mountains of the vast Saalbach Ski Circus, one of the largest ski areas in Austria, but this did not stop the plans of organizers of Mountain Attack, the Austrian skial event par excellence, organized by Roland Kurz and his Mountain Attack Team, who will be partners of La Sportiva for the next 3 years, at least. The probative Ski Marathon, the shortest of the touring races and the extremely challenging Vertical, took place regularly with a total of 1050 participants, a sign of how the ski mountaineering is an ever growing movement capable of attracting people from all different sports extractions, from the age of 30 to 65. A movement that in Saalbach is all the more rewarded thanks not only to the fabulous natural setting but also thanks to the wide range of events and facilities available to guarantee fun and relaxation for the participants, both before and after the race. 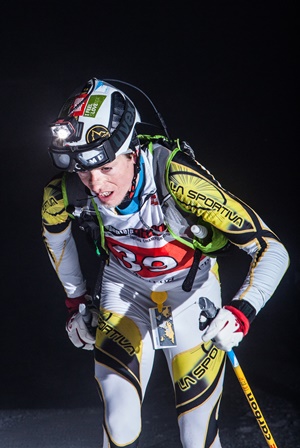 And in was in this context that La Sportiva  decided to organise its annual official ski test with their main dealers from central Europe (although shopkeepers “from the UK” were also present) and a selection of journalists from the specialized press: a way to make everyone feel part the great La Sportiva family and above all, part of the skialp movement in which the company has been investing heavily in recent years by organizing and sponsoring international events, supporting the world’s best athletes and launching products to evolve the world of ski mountaineering as it did back in the years for the free climbing movement, which is still today, the core business for the company from Ziano di Fiemme (TN).

The 50 guests invited to the event were able to take a sneak preview at the new products in the footwear, apparel and hard goods categories, a few days earlier than the official presentation at ISPO Munich 2014, and to spend two days in the company of the 22 athletes that make up the La Sportiva Mountain Attack Team, formed this year to participate in the most important ski mountaineering competitions (International competitions aside).  They had the opportunity to alongside  the product managers and sales and marketing team in a truly competitive mood thanks to the strategic position of the Saalbach hotel, just a few metres from the start of the race.  It was an event enjoyed by all of the guests because of the tremendous involvement in one of the most important brand events.

In the race, the La Sportiva athletes performed well thanks to an excellent third place in the women’s race for Nadia Scola, a fabulous place to third in the marathon for Neic Kuhar and another third place in the Vertical thanks to the specialist Marco Facchinelli. Not to mention the Mountain Attackers, all at the top of the rankings: the icing on the cake of an event that has fully embodied the spirit expressed in the company pay off: innovation with passion.