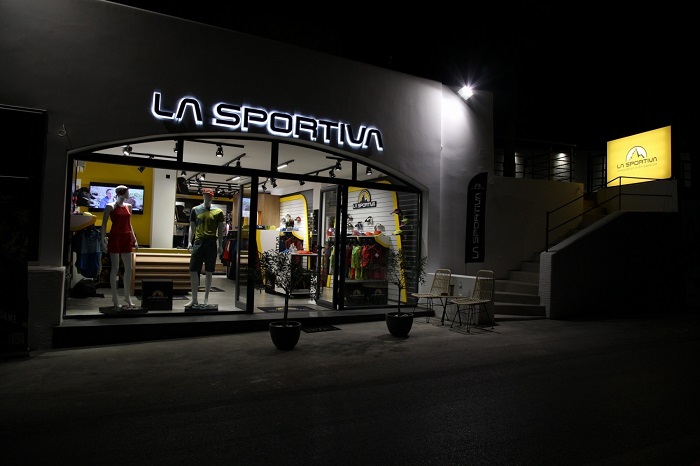 The Trentino brand opens a new mono-brand store in Kalymnos, a mecca of European climbing.

Arco and Finale Ligure in Italy, then Rodellar and Siurana in Spain and today Kalymnos in Greece: the brand from Val di Fiemme, world leader in the production of outdoor footwear and clothing, present in over 70 countries around the world and with its headquarters at the foothills of the Dolomites, continues the expansion of the mono-brand store network in the main European climbing destinations.
In fact, at the end of July, the La Sportiva branded climbing store opened in Kalymnos with the aim of becoming the reference point not only for climbers in the area but for all those who visit the Greek city and its rock faces every year, attracted by sectors that have now become famous such as “La Grande Grotta”, “Odyssey” and “Arxi”, cliffs that continue to fascinate thousands of enthusiasts who are used to alternating rock and sea in a combination of sport and relaxation that has few other equals.

“This is a strategic area for our brand – comments Andrea Bonetto, Retail Manager – which fits perfectly into the company’s evolutionary path and at the same time recalls its great tradition in the world of climbing: Kalymnos is one of the climbing destinations favoured by the community of European climbers who organize holidays in search of the most beautiful and challenging climbing spots “.

Founded in 1928 by Narciso Delladio and made famous throughout the world by Francesco Delladio, still 100% family-run today, led by the CEO and President Lorenzo Delladio and by the fourth generation of the family, Giulia Delladio, La Sportiva has evolved in recent years from a footwear company to a global brand through a complete offer that covers all forms of mountaineering and which is structured on both technical and leisure clothing and footwear lines. “La Sportiva today addresses millions of enthusiasts of different types of outdoor sports – says Umberto Camuffo, Area Manager Greece – but climbing and its ever-growing community represent the core business of a company that has followed its evolutions since day one, at the dawn of the climbing movement in the 70s. This is why opening a Brand Store in Kalymnos, a mecca of world climbing, has a very special meaning. “

Key partner in the operation and manager of the new Greek Store is the company Dimitriadis S.a., official distributor of the Trentino brand. “Kaly is the natural destination for La Sportiva – says Sophia Lagoudi, franchiser of the Store – I have been collaborating with the brand for over 15 years and you just need to stop for a few minutes to observe the cliffs that surround us to understand how much passion there is for climbing around here. I decided to move here in 2003 opening the first climbing shop on the island and starting to collaborate with La Sportiva back in 2006. The idea of opening a brand-store originated a couple of years ago talking with Umberto and by October 2019 the idea had already turned into a concrete project. Not even COVID has curbed enthusiasm: we postponed the official inauguration event for a few months in compliance with all safety regulations and now here we are: Kaly Store is now open! “

The Greek Store is located in via Masouri Village and is the new reference point for climbing enthusiasts, created by climbers for climbers.  #ForYourMountain. 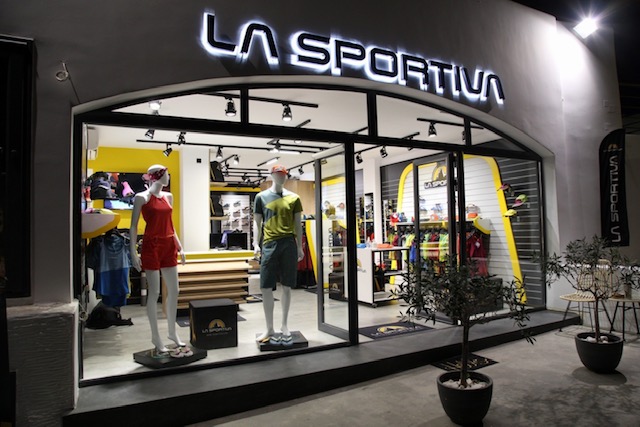 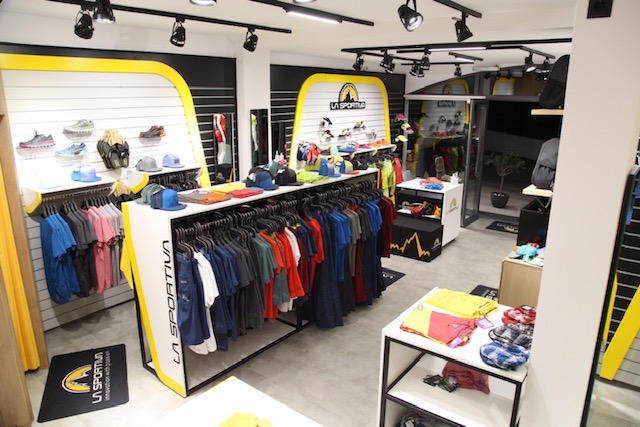 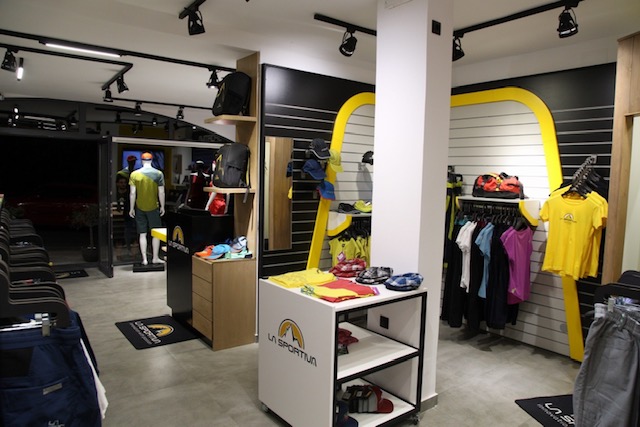