For all the fans of the “Strange Heroes” miniseries, a new must-see episode has landed on La Sportiva channels. To inaugurate this return on the screens, James Pearson will take over the scene, ready to share with us how change and the passage of time could be the perfect springboard for discovering and breaking our limits.

The company of Ziano di Fiemme goes ahead with the webseries that, episode after episode, aims to find out what constantly pushes climbers in the constant search for overcoming their limits. The series, created in collaboration with the Sfelab creative studios, is a combination of computer graphics, comic strips and vertical stories of unparalleled appeal and allows La Sportiva to drive straight to the heart of the climber discovering the monster within, which personifies the motivation that encourages climbers to constantly improve their performance, the driving force that allows them to reach beyond limits.

Today it’s time to meet James Pearson, who will show us what is hidden beyond his climbing desire: “this search for something, something I don’t even understand. Whilst has always been that, it’s not always been the same thing and it’s definitely changed or grown into something new”.
Because James is not only the brave and funny climber we’re all use to see. In this video he’ll open about his biggest worries like time passing and change. Fears that, ironically, led him to find new meanings for his passion.

A fun web series, with a very serious message, that this time gently deals with the theme of the growth and of the challenge attached, showed us how, sometimes, our fears could be fertile ground for the birth of new opportunities.
With strong visuals and careful attention paid to every detail, even this episode made by the Sfelab studios, is all strictly Made in Italy. 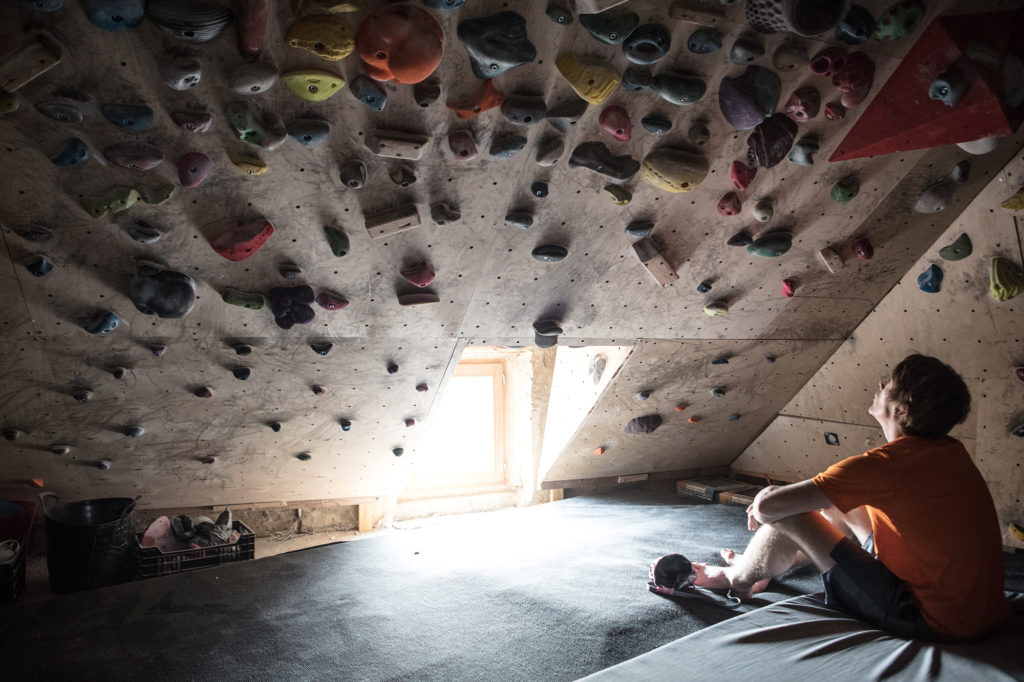 Born in 1985, the British James Pearson embarks on his first adventure in rock climbing at the age of 15. After taking his first steps in Peak District, close to his family home, he quickly explores walls and mountains in exotic places around the world, from Tazmania to Thailand.

With tireless enthusiasm and an innate ability to move on the rock, he soon faces some of the most difficult traditional routes, gradually shifting his attention to include bouldering, sports and multi-pitch and continuing now his quest to climb hard rock in Worldwide.

His most memorable sporting achievements include his ascent, in 2008, along the overhanging “The walk of life”, the only route in Britain valued at E12 grade 7a. In 2011 he completed the 55-meter climb of the Arch of Bishekele in the Ennedi desert, in Chad. In 2012 he climbs his first 9a, Escalatamasters at the Perles crag in Spain. Also 2014 turns out to be a year full of achievements, closing with the ascent to Raphsody, the first E11 in the world, and the glaring rise of Somethings Burning E9 7a, in Stennis Ford, Pembroke.

In 2017 James made the history for opening the Power Range, a tough trad grad 5.14R in Chattanooga, Tennessee, and for opening Le Voyage, via 8b + in Annot, sector Chambre du Roi, currently known to be the route trad harder than France.

Finally, in 2019, with her partner Caroline Ciavaldini, a well-known climber, he carried out his most satisfying endeavor with the arrival in the family of their son, Arthur. A new climber has come between us? Life will tell!