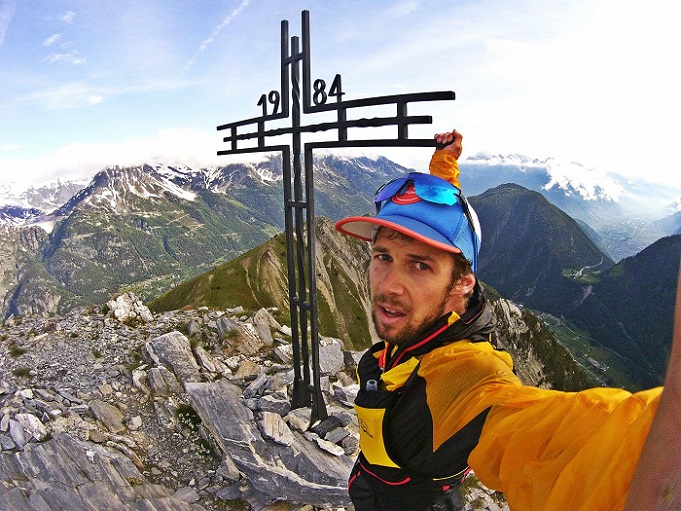 Known for its technical footwear for mountain running and owner of the Mountain Running® brand, registered at the beginning of the year 2000, at the dawn of the trail running movement, La Sportiva presents the first International Ultra Running Team. While Anton Krupicka, the “king” of this discipline, had already signed an agreement with La Sportiva, for this discipline, back in 2016 with his return to the tradition “yellow and black” (August will see the release of a Virtual reality video dedicated to the American), 2018 sees the debut for the Trentino brand, of a large team of high-level athletes from the world of endurance racing. Recognised in competitions for its footwear dedicated to most “mountainous” disciplines of Trailing running like Skyrace and Vertical Kilometer, La Sportiva has introduced several high-end products to its wide range, specifically dedicated to the Ultra Trail world, like Akasha, Ultra Raptor and Akyra. Scrolling the list of names that are part of the team, a few stand out like 29 year-old, French born Sacha Devillaz, who has been running ultra-distances for ten years. He first appeared on the International scene in 2014 when he came 12th in the 80km du Mont Blanc and the following year when he won 4th position at the CCC. Among his best results, his victory of the X-Alpine solo in Verbier over a distance of 110 km with a height gain of around 9 thousand metres. In 2018 he was the winner of the Lavaredo Ultra Trail.

The other great name in the team is Roberto Mastrotto: 15th overall ranking at the LUT 2k18 in 14 hours and 10 minutes (120 km with a height gain of around 6000) improving his own record by 40 minutes compared to the previous year, and several other illustrious first places at 100eLode with a record breaking time (9 hours and 48 mins), a race he had already won in 2017, another first place at the 100 miles of Istria and a first place in his home race, The Durona Trail. His next plans? UTMB in Augusta and the Oman ultra Trail (137km with a height gain of almost 8000) at the end of November.

A new entry of international calibre is American born Clare Gallagher who for the past three years has gained first place in the world’s most famous ultra distance races: winner of Leadville100 in 2016 (the race that will be sponsored by La Sportiva in 2019) and the CCC in 2017. Great results in 2018 too: first place in the Sciacchetrail, 8th in Penyagolosa (85km / 4900d+) and a well deserved and exciting 9th place in the LUT.

Backbone of the team is the athlete from South Tyrol, Christian Insam, a constant figure on the podium of some of the most difficult endurance races for many years: first place in the Sky Run Dolomiti 2015 (132km and a height gain of almost 9 ), 5th place in the same year in the Orobie Ultra Trail (140km), in 2016 he came first in the Trail du Cro (110km) and he was forced to retire from the Tor des Geants afterinjury a few kilometres from a final second position. In 2017 he came 3rd in the Dolomiti Extreme (102km, 7000). 2018 started with second place in the Garda Trentino Trail (long version) and an excellent 6th place in the Dolomiti Extreme Trail. In 2018 he gained first place in the Gran Trail of Courmayeur (105 km) and the Ultra Tour of Monterosa.

Last but not least, new-comer Elisabetta Luchese, who has just appeared on the scene of ultra-distance racing gaining 7th position in the 2018 edition of AIM Energy Trail, 3rd place in the Duerocche Trail (48km) and 2nd place in the 100eLode. She was also the 6th Italian female athlete to finish LUT in around 20 hours.

The Italians Francesco Rigodanza, Georg Piazza, Anna Pedevilla, Francesca Pretto, Cristiana Follador and the german Johannes Hinterseer complete the roster. The La Sportiva Mountain Running Team now sees the athletes engaged in Vertical, Sky, Trail and Ultra races: a specialization that corresponds to that of the company in the various disciplines that make up the world of off-road running and which continues the strategy introduced in the 70’s in the world of climbing, where the company is a world leader in the production of climbing footwear, with athletes and consequently products, dedicated to the individual specialities that make up the kaleidoscope of sport climbing.