Pics, sensations and emotions from the Sardinian tour, directly from the pen and the hearth of his creator: Pietro Dal Pra.

“On the morning of Monday, November 19th, we are still in Monte Pulchiana, high Gallura, and it’s raining. Yesterday our fellow travellers, climbers and the La Sportiva staff left for home and today we are also due to catch the ferry to Olbia. In the afternoon I bid a sad farewell to Pietro and in the company of my friend Nicolò and our cameramen Riky and Pietro we head off towards Olbia, through Arzachena. This morning’s rain has now turned into a torrential downpour and in some of the dips in the road the water is so high that it actually reaches the door of the van, but the engine never fails and we finally arrive at the port in time to board the ferry. From the deck of the ferry we begin to suspect that the weather has caused some serious problems on the streets. All around us there are sirens and lights are flashing. 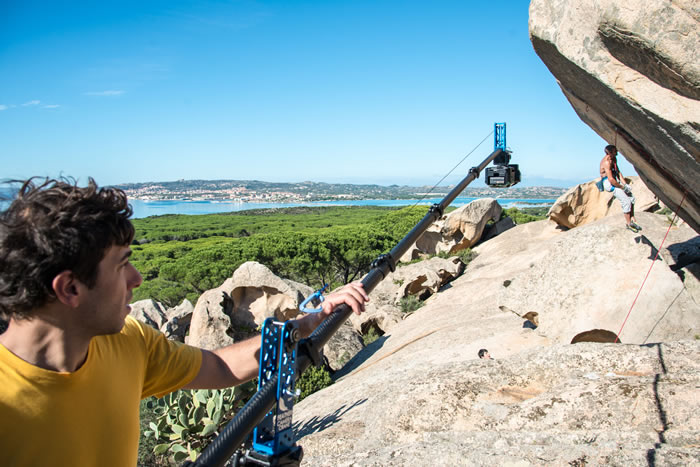 We sleep for just a few hours and in the morning I go to the bar for coffee. It is there that, on TV, I hear the news of what has happened and I can hardly believe my eyes. The natural nostalgia that accompanies the end of many exciting adventures, suddenly turns to grief. It is awful to see the images of a land and a people so painfully struck by nature’s more of violent storms. Suddenly the happiness of the 8 days spent climbing in Gallura is destroyed by the horrid pictures of the recent catastrophe. 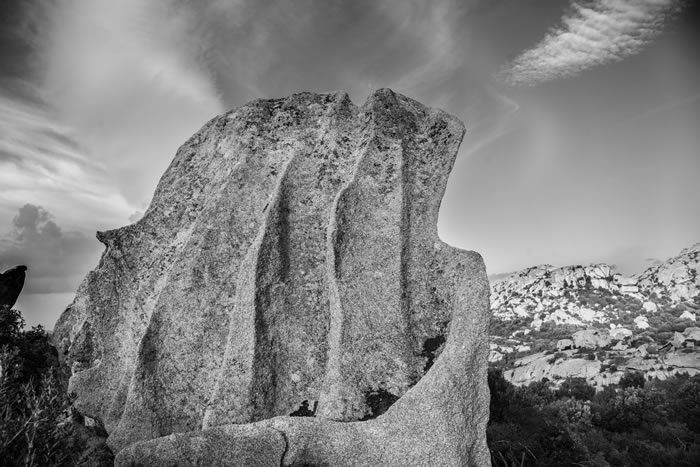 Later, while driving down the Tuscan highway, I receive calls and text messages from some of the other climbers. They too are dumbstruck which goes to show that a bit of Sardinia has become a part of them too. And this was one of the things I was hoping would happen over a year ago, when I first began to dream about bringing some of the La Sportiva climbers to Gallura; I wanted them to see how beautiful this land was and how much climbing could be done there on virgin, granite blocks. A year later, the dream has become reality. La Sportiva supported me throughout my venture and three climbers from Nuoro, Giorgio Soddu, Angelo Marratzu, Simone Masini played a decisive role in the success of this venture by helping to clean many of the blocks with enthusiasm and hard work. Even the land owners where happy to see us and went out of their way to help. 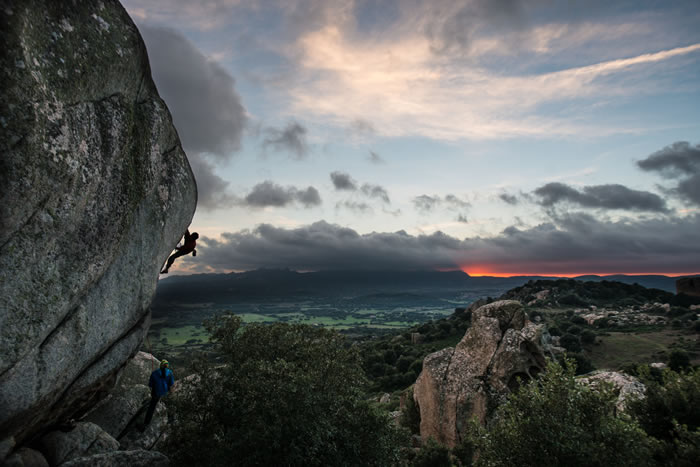 As the days passed the exceptional group of climbers gradually formed a really close community of friends. They got to know each other and got along really well. Among them were: Nalle Hukkataival and Anthony Gullsten, apparently men of ice, the newly married couple Caroline Ciavaldini and James Pearson, the Italians Silvio Reffo, Michele Caminati and the super bouldering guru Marzio Nardi, the super friendly Fabian Buhl and lively Cody Roth, who showed up in Sardinia with climbing shoes and surfboards. The climate of the entire group, including photographers, cameramen and the Sportiva staff was best anyone would have hoped for and just kept getting better over time while the crescendo of enthusiasm for the climbing continued on a daily basis as block after block was discovered. 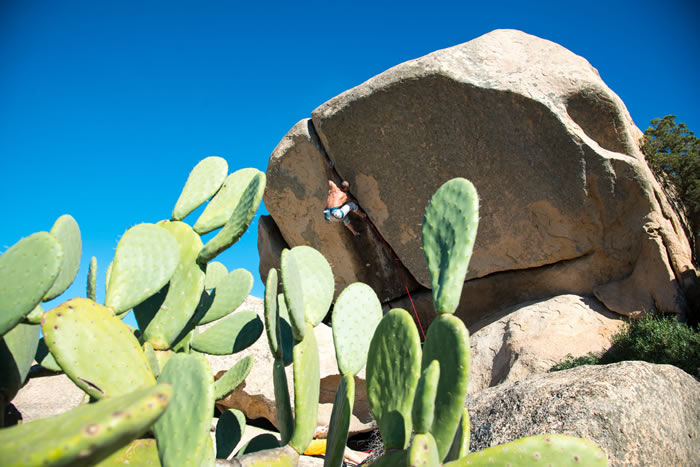 Despite the uncertain and capricious weather, with strong winds and heavy rainfall, we are able to climb for six days out of nine, almost always only virgin blocks (except for the La Maddalena). In five days we had completed over 150, ranging from fifth grade to 8a +, almost all five star, distributed over four areas, two in the territory of Arzachena and two in the Temple of Pausanias. 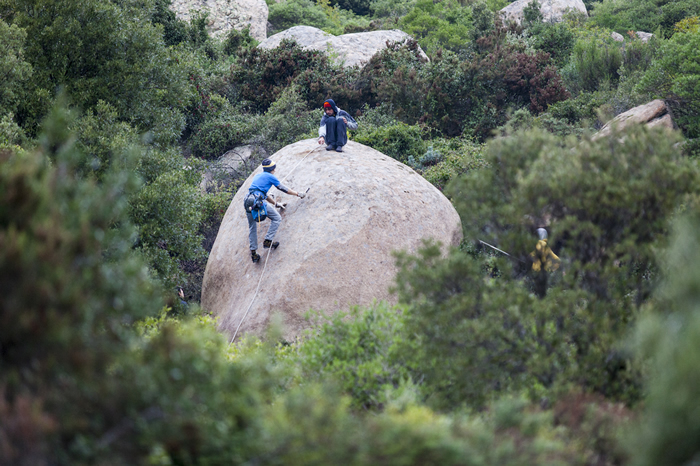 Day after day the atmosphere just kept getting better. Everyone was really excited to climb whether it be on a new route with hatchet and brushes or on a block that had already been cleaned. I was really glad to see that everyone enjoyed the pleasure and responsibility of helping to free the boulder areas in Gallura. The last few evenings, dinner was washed down with good wine, and I overheard plans of returning to the area in the winter…my dream had come true.

We say goodbye, with a little sadness in our voice, but with the promise to soon meet there again. We did not know what would happen the next day in Gallura. 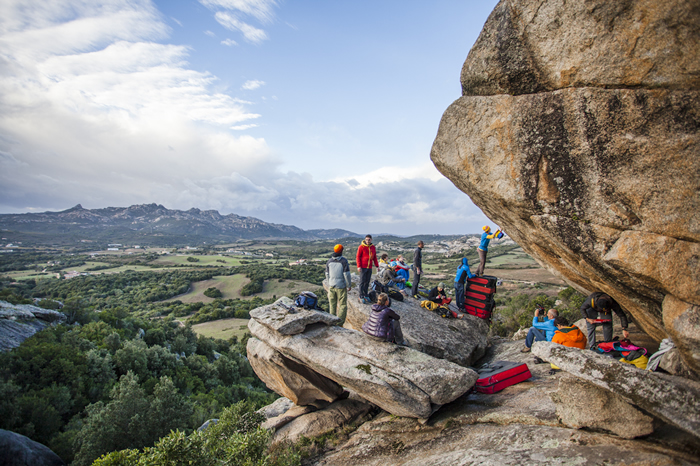 Two days later and after seeing the pictures of the flood, I received calls and messages from many of the fellow travellers. I heard their stunned voices. They were incredulous, and found it hard to imagine that the place could have felt so idyllic just a short time ago.I hope that sooner or later I’m sure, we’ll be able to say “see you down there!”” 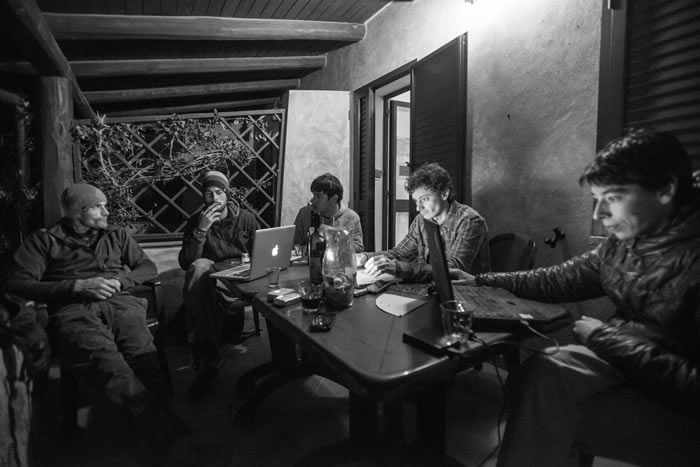