The SALOMON ZUGSPITZ ULTRATRAIL is in a league of its own and the statistics prove it! Two thousand racers may not seem unique for a popular running meet but in this case racers literally come from all over the world. Forty-nine nations – this year – to be exact. The attraction must be more than the Zugspitze,Germany’s highest mountain at 2,968 m asl. It probably has a lot more to do with the fun factor and quality of the event. The race organizers, Plan B event company GmbH, seem to have found the right formula. Within just five years they managed to establish the SALOMON ZUGSPITZ ULTRATRAIL as Germany’s premier trail running event. As the race gains in reputation, ever more international talent shows up – laying down faster times from year to year. 2016, it’s Canadian racer Adam Campbell (Team SALOMON) who’s the bookies’ favorite over the 101.6 km Ultratrail distance. On the other end of the spectrum, the Basetrail distance, the top-podium contender is also a Team SALOMON member: Swiss trail talent Remi Bonnet. And to drop another name: Norwegian VW-Rallye prodigy Andreas Mikkelsen and his co-pilot Anders Jaeger-Synnevaag deserve being mentioned. The two motor sports pros give the term crosstraining an altogether new meaning as they plan on giving it a go over the Ultratrail distance.

It takes guts, a whole lot of stamina and possibly a bit of madness to do what Andreas Mikkelsen and his teammate are up to: The two rallye racing aces have signed up for the longest of the five distances in the ZUGSPITZ ULTRATRAIL event – 101,6 km. Mikkelsen has already proved that he’s got what it takes – in theory. Last year, the Norwegian joined three stages in the GORE-TEX® TRANSALPINE-RUN and got hooked on the idea of doing an ultra race. And he’s likely got the perserverance needed to complete the full loop around the Zugspitze. Ambition on his part shouldn’t be the problem. It wasn’t that long ago that Mikkelsen came in second place at the Rallye Portugal in his VW Polo WRC but rather than rest on his laurels, the Nordic beau tied the laces of a pair of running shoes and started training – for his next goal: the ZUGSPITZ ULTRATRAIL.

Mikkelsen is a realist, nonetheless. His race goal is to stay ahead of the time limit in order to finish the race – as simple as that. Above all, the Norwegian team plans on being cautious about the new turf of ultra racing. “I’m grateful that my co-pilot Anders
Jaeger-Synnevag was psyched to sign up too. This way we can support each other in what I know full-well will be a tough race to make it through”. Stage fright on altogether new terrain? Not so for Mikkelsen who holds the claim to fame of being the youngest ever rallye pilot. As an intrepid teen of 17 years and 233 days, he racked up his first World Championship points – until then an unheard of age for a rallye driver. “The biggest fear is ending up injured. I have to admit that running 100K is an all-new experience for me. I’ll treat it as an experiment since I’ve never run such a long distance.

Someone who has a great deal of experience over this kind of distance is Adam Campbell from Canada. He feels right at home on long distance races – the longer the better. In fact, just weeks after the ZUGSPITZ ULTRATRAIL, Campbell will participate in the SALOMON ALPEN X 100 powered by LEDLENSER. The premiere of this race will traverse the Alps on a North-South trajectory that covers no less than 160 kilometers – in a single push. Another bona fide trail running talent at the start on the weekend 17-19 June 2016, is 21-year -old Remi Bonnet of Switzerland who is considered a rising star in the star-studded sky-running scene. With already a Junior World Championship title (in uphill ski racing) Bonnet has more recently taken a liking to trail racing. And so he should!
Arguably there are not too many who climb 1,000 meters of vertical in just 30:44 minutes. The Swiss’ last feat was victory in the Red Bull K3-Race up the 3,538 m high peak of Roccamelone (Italy). True to this race format, Remi Bonnet will start in the BASETRAIL over 24.9 km.

Among racers from Germany, quite a few in-the-know will probably keep an eye on Lukas Sörgel. The racer from Franconia knows a thing or two about the BASETRAIL XL, a distance he raced twice over the past couple of years. “This year I’m keen on running the 62.8 km SUPERTRAIL”. In preparation Sörgel has taken to interval training mixing in sprint units with pounding trails over long distances. “Let’s see what the top brass is all about this year. But in the end, my objective is having a pile of fun on the trail and if it
pans out a spot on the podium would be a bonus”.

Among the Women, Kristin Berglund of Sweden (Team SALOMON AUSTRIA) stands a pretty good chance to score a top rank over the ULTRATRAIL distance. However, the locals will probably root for Billi Bierling, formerly of Garmisch-Partenkirchen, by now a renowned journalist in Kathmandu, Nepal, with the distinction of having been the first German woman up Mount Everest from the South.

The ZUGSPITZ ULTRATRAIL follows a tried-and-tested formula that doesn’t seem to be in need of much more tweaking. Racers appreciate knowing what they get into – the weather being enough of a variable having to contend with. As in previous years, racers in the SALOMON ZUGSPITZ ULTRATRAIL have a choice of five distances that tie into the loop trail that completely circumnavigates the Zugspitz mountain massif. As in the past the communities of Grainau, Ehrwald, Leutasch-Weidach, Mittenwald and Garmisch- Partenkirchen will serve as hosts for the respective start venues. They are perfect gateways for the premier trans-boundary trail run arena with its first-rate single-track and top-notch panoramas over the rugged Wetterstein and adjoining mountain ranges.
Mind you, one race aspect will differ from previous years in the ZUGSPIZ ULTRATRAIL. Race organizers have gained permission to tie in a new trail segment that promises a lovely single-track section downhill from Lake Ferchen to Castle Elmau and back up to the Elmauer Alm. In any case, the course crew is eager to find out how racers will perceive what would seem an improvement of an already fun trail race with great vistas.

Since the inaugural race in 2011, the SALOMON ZUGSPITZ ULTRATRAIL keeps drawing in racers from the farthest corners of the globe. While Germany, Denmark and The Netherlands account for most of the participants, close to fifty nations are represented at this year’s race. Forty-one athletes alone hail from Russia, which exceeds the party of thirty-seven participants from the United States. Others will fly in from China, Venezuela, and even Argentina. One participant calls Aruba in the Caribbean home, an island that sports as its highest elevation a mound of 168 m asl. Little is known as to the racer’s training routine in preparation for the SALOMON ZUGSPITZ ULTRATRAIL – yet we’ll know if it panned out after the weekend of 17-19 June, 2016. The distinction of undertaking the longest trip en route to the SALOMON ZUGSPITZ ULTRATRAIL goes to a gentleman of Australia – he will almost travel to the antipode of his native home – all that effort for enjoying a jolly good race. 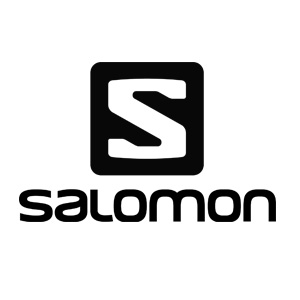 SALOMON WAS BORN IN THE FRENCH ALPS IN 1947. OUR PASSION FOR MOUNTAIN SPORT PROGRESSION, PRODUCT DEVELOPMENT, QUALITY, AND CRAFTSMANSHIP DRIVES US TO CREATE PROGRESSIVE GEAR TO ENABLE FREEDOM AND HELP YOU CHALLENGE YOURSELF IN THE MOUNTAINS.