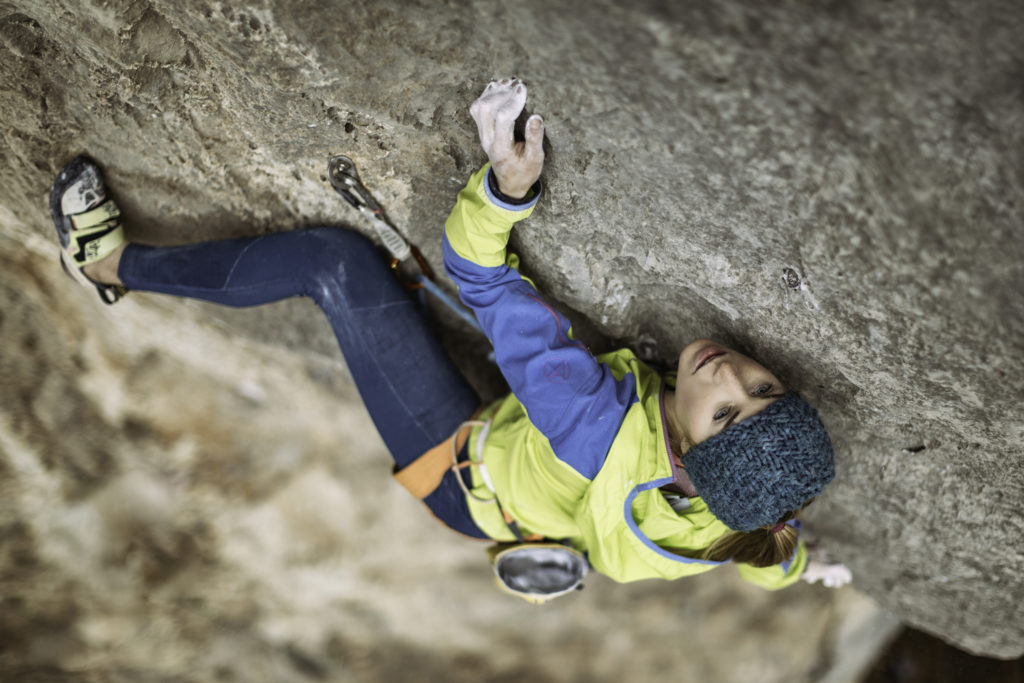 Turin born, class of ’94, Federica has been a climber since the age of 14, first on indoor walls and then on rock. She is the first Italian athlete to have climbed some of the hardest routes in Verdon (Tom et Je Ris) and the massif of the Monte Blanc (Digital Crack). With a degree in physical education at the University of Turin, Federica Mingolla is both a federal technician for FASI and a mountaineer, a passion that she pursues with extreme dedication alongside her sports climbing projects, with a predilection for TRAD (traditional) in “her very own” Valle dell’Orco.

Over the years, Federica has developed the perfect mental and physical approach to climbing that helps her climb successfully on very different rock types: cliff, boulder, multi-pitch, trad. She is today considered among the most versatile climbers of her generation.
This was demonstrated by her recent trip to the Yosemite Valley in the States, a destination that has always been considered a Mecca for climbers searching to conquer the Big Wall on which the first climbing styles were formed in the early days of the movement back in the ‘70s.

“I have been collaborating with La Sportiva for several years now – says Federica – using the more technical models of the climbing shoe line that are well suited to my climbing styles. My future mountaineering objectives and the many projects I am working on have pushed me to choose the Trentino brand also for the technicality of its garments…and there is no hiding it now, as you can see from the bright and recognisable colours. La Sportiva is a company that I have always admired and which promotes strong ethics towards the world of climbing and the outdoors in general and that strongly believes in its athletes, considering them an added value in the development of its products. During the athletes’ meeting last October in Rodellar Spain, I felt like I was part of a family like never before: wearing Laspo from head to toe is definitely motivating!”

“With the entrance of Federica among the La Sportiva total look athletes – adds Luca Mich, marketing operation manager for La Sportiva – we have completed the list of climbing team athletes on which we will build our brand image in the coming years: professionals from the vertical world, genuine people with stimulating projects able to advance both the climbing movement and the company itself. Federica’s feedback on the Climbing Apparel line will be essential to develop increasingly attractive lines for the female world and the storytelling projects we have in the pipeline will talk about the direction that we want to take in the coming years”.

La Sportiva thus confirms its role as leader in the climbing sector continuing to help promote the climbing movement and accompanying it today in its most important developments on rock as well as indoor, as demonstrated by the recent partnership with the Italian Climbing Team in view of the Tokyo 2020 Games.
Meanwhile, back from the States, Federica is already working on mountaineering projects for next summer: it will be a year of evolution and constant challenge for the athlete from Turin which she will face, as always, with her characteristic and tenacious optimism.

“I feel driven by a strong motivation to train in view of my projects, I haven’t been able to train regularly for years due to my commitment on the course to become a mountain guide. This year, in addition to the course, I’m looking to give more importance to my climbing and I have some long standing projects to complete in Valle dell’Orco, where I hope to make some big improvement on the routes that have always inspired me and meant such a lot to me: Itaca nel Sole, Caporal . The big project this year is Greenland: our expedition to Tasermiut in the Ketil fjord is taking shape: one of the wildest and less known places on earth where it is still possible to open many routes. The potential is huge and the granite walls stand tall in the middle of breathtaking landscapes.  I will try to open new lines, but also to repeat some of the finest (and more difficult routes) ever opened. It will be a pleasure to share images and emotions from up there: follow me on my social media channels, we are sure to have fun!”