La Sportiva presents Hura (free) the short movie dedicated to the young climber of Egyptian origins.  The difficulties, struggles and revenge of a Muslim girl who grew up far from home in search of herself.

Wafaa was raised by her grandparents together with her sisters, as her parents had already moved to Italy. At the age of 9, Wafaa joins her parents in the Bel Paese where she encounters and grows up in a totally different world from that of her childhood. She learns a new language, she approaches a different culture, more open to a woman of her age, and she knows climbing for the first time.

In fact, at 15, thanks to the generosity of the father of a friend of hers who pays for her first course, she begins to practice this new sport, which in a short time becomes for her, a form of pure freedom. Hura, as they call her in Egypt.

For Wafaa, however, practicing sports is not as simple as for other peers: due to her origins and her religion, her father does not approve of certain influences of Western culture in her life and Wafaa is forced to go to the gym in secret to train.

She has determination and talent and it takes little time for training to lead to the first competitions and the first victories are not long in coming. By socialising with other people outside of her Wafaa family, she begins to change, to understand that there are alternative ways of living, new ways of interpreting freedom, which are however incompatible with the Muslim tradition.

These are the most difficult years for Wafaa. The differences between her life and her roots are so strong that they arouse a very hard inner conflict. The possibility of living a different life than the one she had known up to that moment forces her to move away from the family, where the religious and cultural gap is now unbridgeable and her disapproval has become unbearable.

At the age of 18, the scenario is to return to Egypt to continue her life there, as tradition dictates. For Wafaa it is now unthinkable to abandon the life she has built on her own up to that moment, to leave the gym, the holds, the companions who belay for her, the friends, and for this reason she decides to go and stay with friends in Finale Ligure, where she finds a new family, support and understanding. It takes two years to find accommodation and a real job, but finally, and not without difficulty, she finds the freedom she was looking for. It is the period in which she discovers rock climbing and, with it, a new harmony. You can see it in her smile and how she moves on the rock. In the Finale area she manages to climb challenging pitches such as “Radical Chic” (first 8a Finalese in Montecucco) and the famous historic pitch “Hyaena”, of well-known local Andrea Gallo, signing the second female ascent. In these years Wafaa consolidates her new roots in Liguria by moving to the social farm “Il Bandito e la Principessa”. Today, at the age of twenty-four, Wafaa continues her life in Finale Ligure, dividing herself between passion and work, freely, choosing who she wants to be every day. 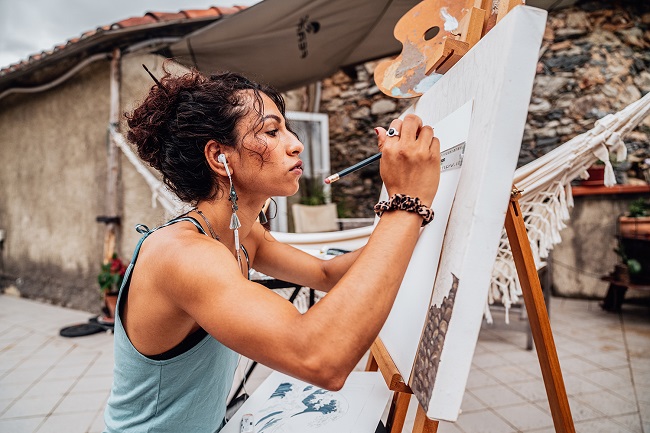 Wafaa Amer joins the La Sportiva athletes’ team in 2019. On tiptoe but with great determination as is her nature, day after day she concentrates on becoming part of the national climbing scene with the desire to be able to pursue her dreams of freedom and personal fulfilment. She immediately feels at home with the team from the Trentino company and very soon becomes an important part of the team demonstrated by the launch of the Climbing Pro Woman clothing collection in summer 2021, developed thanks to the advice of two reference climbers Federica Mingolla and Wafaa of course, who test each product in preview and give their advice to the research and development team to create a technical capsule collection dedicated to the specific needs of the athletes on the wall.

The idea of Hura sprang from the first meetings between Wafaa and the communication team of La Sportiva, which for several years have already been engaged in highlighting the stories of personal challenge of their top athletes. The concept expressed by the FOR YOUR MOUNTAIN campaign is that there are challenges that go beyond the opponent, the finish line, the summit, the time to beat.

For those who practice sports these challenges are know well: they are based on our deepest motivations, they lead us to undertake intense training sessions, to face our fears, our idea of freedom, and to know our limits.

Those who run, climb, ski, those who go hiking, those who practice any outdoor activity, to feel good first of all with themselves, face their own challenge, their own mountain, at every training session.

The game perimeter is defined by the heart, by emotions, by our queries.

And if there is a person who embodies all of this, the continuous search for one’s self, and who today has the strength to talk about it, this is Amer Wafaa. 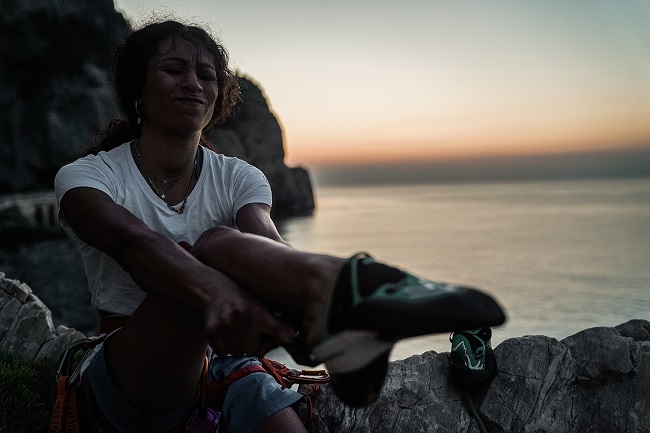 WORD TO THE AUTHOR: MATTEO PAVANA, THE VERTICAL EYE

“All stories must be treated with care. Some, however, more than others. Telling a story is like diving.

The sea knows something about it. It is a moving surface, it reflects in a distorted way, it deceives. Sometimes the diver goes no further than the surface, other times he is unable to go further any further or simply chooses not to dive any deeper. Diving deeper, immersing oneself, leads away from the light.  It becomes just as difficult to see where you are going as much as where you came from. Telling someone’s story, as in this case, is just that, searching in the darkness for a direction towards, a positive turning point.  This is why it is so important to treat stories with care, because they are delicate in many ways.
This is the story of Wafaa. “