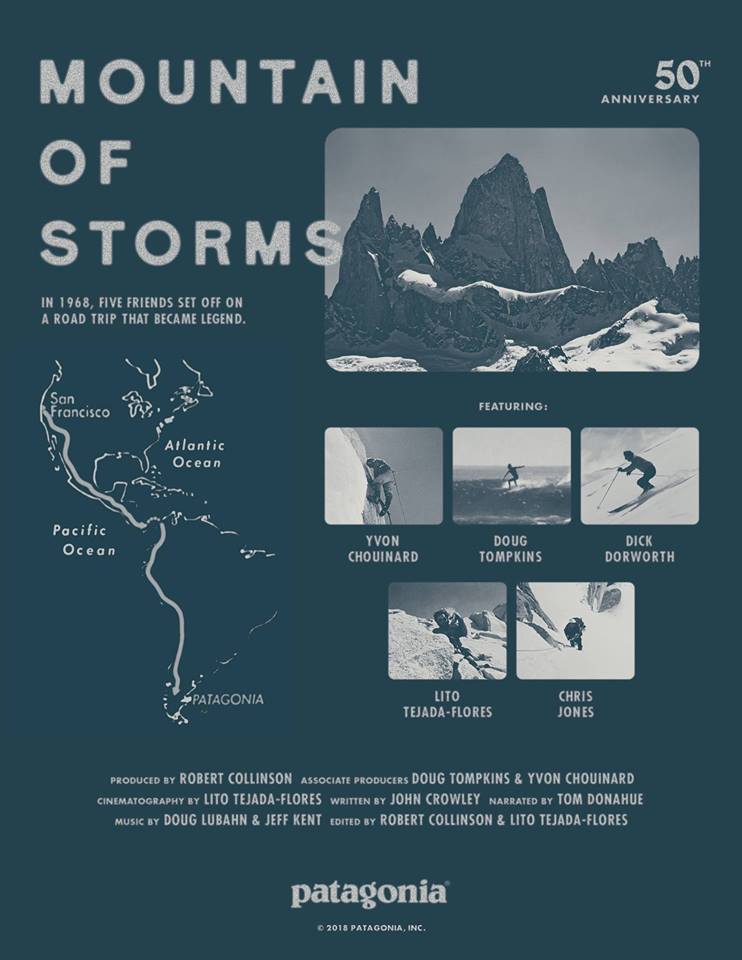 They called themselves Fun Hogs. In 1968, whilst San Francisco raved through the summer of love, five friends took an 8,000-mile road trip from the surf and sun of California to climb Cerro Fitz Roy in Patagonia, Argentina – documenting the whole thing on a 16mm Bolex camera. Along the way they surfed undiscovered breaks, skied on sand and snow, spent 31-days in a snow cave and made a first ascent on the southwest buttress of the mountain.

Fifty years later the film, which defined a lifestyle and became an underground classic, welcomes its first wide release. Starring –