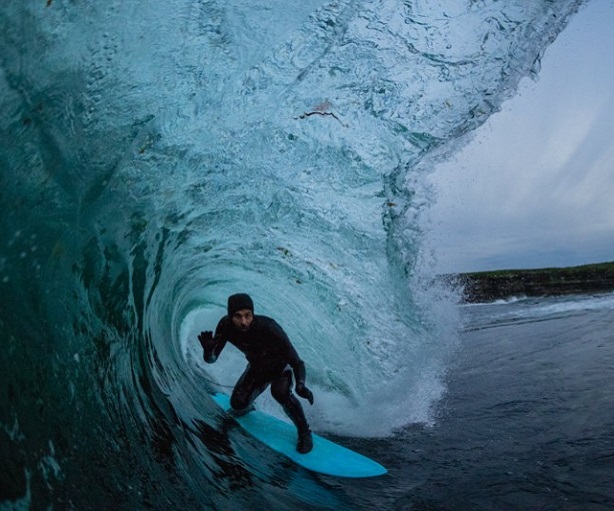 This development follows the Fall 2016 Patagonia launch of the world’s first neoprene-free wetsuits made with Yulex® natural rubber, from sources that are Forest Stewardship Council® certified by the Rainforest Alliance.

This season, Patagonia wetsuits have been reformulated so that they are not only most environmentally sound suits on the planet; they are also the most socially responsible. Working with wetsuit factory SHEICO and natural rubber partner Yulex, Patagonia neoprene-free, Yulex full suits are now lighter, stretchier, more comfortable and better fitting. Solution-dyed face fabrics and water-based glue have also been incorporated to further reduce their environmental footprint.

By making the world’s first Fair Trade Certified™ wetsuits, the people behind the products are treated with the respect they deserve. For each suit made, the workers receive a premium that can be used as a collective social investment or to otherwise elevate their standard of living. The certification also ensures that the factory complies with Fair Trade USA’s standards for safe and healthy working conditions. As of Spring 2017, Patagonia’s full line of board shorts and bikinis has been Fair Trade Certified™. Currently, Patagonia has more Fair Trade Certified styles than any other brand.

Patagonia’s factory, SHEICO, makes most of the wetsuits on the market so helping SHEICO earn Fair Trade certification raises the profile of Fair Trade throughout the surf industry and allows other brands to easily join in, if they so choose.

Dave Rastovich, global surf activist at Patagonia says: “The factories we rely on aren’t just full of machines; they’re also full of people with families, histories and futures that have been overlooked by the industry for far too long. Fair Trade extends a sense of value, acknowledgment and respect to members of the human family who are often pushed to the margins.”

Belinda Baggs, global surf activist at Patagonia adds: “Surfers are connected to nature and, when they are educated on topics that have never been spoken about in the surfing world, I believe more and more people will demand change in their products. For example, we know the consequences of the heavy, harmful pollution created by the production of neoprene. Now that there are high performing alternatives such as Yulex available, I see a movement growing wings towards better production methods and materials in surf.”

As well as making high quality wetsuits that are built to last, this season, Patagonia’s Worn Wear crew is travelling to surf locations such as Newquay and Hossegor, repairing wetsuits and gear, regardless of brand.