A look back at 30 years of textile innovation by celebrating the partners, products, and people at the core of the outdoor lifestyle.

Polartec®, the premium creator of innovative and sustainable textile solutions, announces the launch of its Peaking Since ‘91 campaign. The campaign honors the 1991 founding of the Polartec® brand and the many milestones of an extensive history of fabric innovation.  These category-creating inventions have empowered millions of passionate outdoor enthusiasts.

The campaign will include an interactive timeline created in partnership with Outside, hosted on OutsideOnline.com. The site will feature archival content and imagery of industry-changing developments and iconic products from the past four decades, including the invention of PolarFleece in the decade preceding the Polartec® brand.

“The modern history of Polartec® is one of transformation, from a traditional mill into a performance textile innovator,” said Steve Layton, Polartec® President. “We’re excited to tell this story of how collaboration with our business partners resulted in iconic fabrics and garments that literally changed what we wear when we go outside.”

The anniversary also includes the Family Album Photo Contest, a consumer promotion to crowd-source a visual history of those who’ve worn Polartec-made garments on their outdoor adventures. The Contest will be available through multiple media partnerships across the globe, and entrants have the chance to win limited edition Polartec products through various design collaborations. In Europe renowned Italian designer, Leo Colacicco, the force behind Italian fashion-brand LC23 has made two, exclusive special pieces for the lucky winners.  Using Polartec fabrics, derived from 100% recycled content, the first is a range of limited-edition fleece jackets: LC23 X Polartec Peaking Since ’91.  The second, final grand prize, comprises two LC23 X Polartec Peaking Since ’91 armchairs made of the offcuts from the limited edition fleece.

In North America, Polartec® has also partnered with online publisher of editorial music content, JamBase, where entrants have a chance to win any number of garments from partner brands, or grand prizes that include VIP ticket packages to such iconic music festivals as High Sierra Music Festival, LOCKN’, Northwest String Summit, and Summer Camp Music Festival. 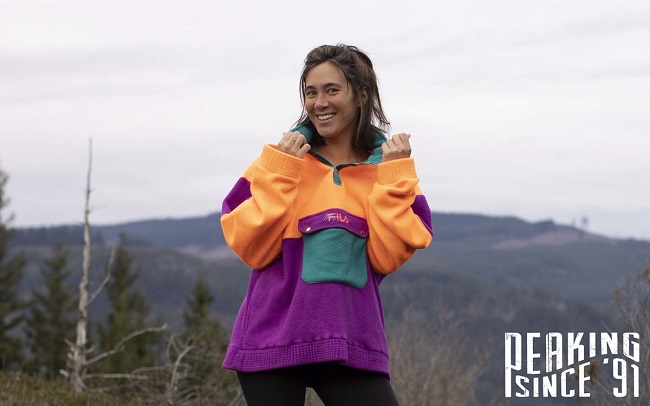 “Polartec® is as much a part of the outdoor lifestyle as backpacks and hiking boots,” says David Karstad, Polartec Marketing VP and Creative Director. “Peaking Since ’91 lets us reinforce this authenticity and connect with the generations of enthusiasts who’ve worn Polartec®, no matter when they first discovered their stoke for nature.”

The campaign features advertising, social media, and promotional outreach to core outdoor media, enthusiast groups and clubs. The campaign will engage partner brands and consumers, culminating with new innovations and collaborations, planned for the back half of the year.

For the last 30 years, Polartec® has established itself as the world’s foremost innovator of a wide range of performance fabrics engineered for all conditions, to keep you warm, dry, cool, and safe. Leading brands consistently turn to Polartec to evolve fleece beyond insulation, to redefine weather protection, or develop the next lightweight, next-to-skin technologies.

“Peaking Since ’91 is as much about looking forward as it is backward,” says Layton. “From inventing the process of turning post-consumer plastic into performance fabrics, to pioneering a new focus on circularity, sustainable science is the innovation force driving the next 30 years of Polartec®.”

Polartec is the premium provider of innovative and sustainable textile solutions. Since inventing modern technical fleece in 1981, the engineers at Polartec continue to advance the science of fabric, creating fabric technologies that solve problems and improve the way products are designed and used. Polartec products range from lightweight wicking and cooling fabrics, to insulation and weather protection textiles, and are utilized by leading consumer brands, the U.S. Military and other global militaries, flame resistance, workwear, and contract upholstery markets.