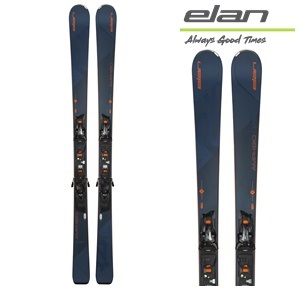 Good times at the resort. A traditional ski category meets a truly untraditional ski design that challenges assumptions and has altered the way skis are designed for all-mountain skiers. The Amphibio series is a diversified collection of high performance and versatile skis that make skiing easier and maximize the experience. True technical achievements, the Amphibio series features state of the art 4D technology that redefines what a traditional shaped ski not only skis like, but looks like as well. From high speed cruising, off piste and everything in between, the Amphibio series delivers maximum performance for all skier types, from those making their first turns to skiers who charge the entire mountain.

Amphibio 4D technology. Amphibio 4D technology is the latest evolution in modern ski design. Elan’s 4D concept takes traditional layers of material on the ski and strategically shapes them in convex and concave forms on the tip and tail. This dually shaped concept, combined with the Amphibio profile, provides unrivaled all mountain versatility, power and performance.

Elan is a dedicated ski manufacturer in the Slovenian Alps with 75 years of experience building the best skis in the world for friends and families who live the skiing lifestyle and are all about good times in the mountains. Always Good Times: Good times is what Elan is all about, and the best times are those spent with friends and family in the mountains. Whether it’s a family weekend road trip to your favorite local destination or a backcountry adventure with your best buddies, it’s always good times when you surround yourself with the ones you’re closest to. www.elanskis.com