IFSC Climb Youth World Championships in Arco today with the lead finals. Laura Rogora Junior world queen, 7th place for Colombo in the Youth A male category. The Japanese Nishida wins ahead of Duffy and of the Spanish Ginès Lòpez. Nika Potapova triumphs ahead of Hirano (and Douady) thanks to the semi-finals.

The new world youth champion of lead climbing is the Italian athlete Laura Rogora. She had an exceptional performance today at the Climbing Stadium in Arco, in the realm of sport climbing and forge of talents. It was difficult to keep the concentration after dominating the qualification rounds and the semi-finals, but the Italian athlete from Rome, who moved to Trentino, was able to arouse enthusiasm even in the final in front of an awesome crowd. She had to give her best given the excellent results of the French Nolwenn Arc (second place) and the American Brooke Raboutou (third place). A thrill ran down her back when – halfway through – the Italian athlete made a jump without holds; but she was able to touch her last hold and exulted for the prestigious title obtained, a champion (Fiamme Oro) who is just 153 centimetres tall: “I was first in the qualification rounds and in the semi-finals, and it was not easy to start with this responsibility. I felt a lot of anxiety climbing, but thanks to the cheers, I was able to relax and I gave everything I had”.  The semi-final was very hard for the climbers, while the final was easier and the route left room for the initiative of the athletes. And now… it’s time for bouldering, where Laura Rogora will try to win another world title after winning last year in Russia.

In the Youth A final everyone expected the Spanish Alberto Ginés López or the American Colin Duffy, but the two were beaten by the Japanese Hidemasa Nishida, with Duffy second and López third. Davide Marco Colombo, after the fifth place in the semi-finals, was in seventh place, projecting himself on bouldering and speed where – just as Rogora – he will take part in the three competitions of Arco. The Ukrainian Nika Potapova won the female semi-finals against the Japanese Natsumi Hirano and the French Luce Douady. Also in this case the race was very balanced: the first two athletes arrived together, but Potapova raised her arms to the sky thanks to a better performance in the semi-finals: “I love Arco and this wall, winning here was the crowning of a dream,” said the Ukrainian, who will also compete in bouldering.

Satisfaction for the SSD Sport Climbing Committee Arco, which closed the preparation of the lead challenges with applause: “Garda Trentino proves to be an ideal location with great weather conditions – said the deus ex machina of the World Championships, Angelo Seneci. – Thirty years of Rock Master, fifteen years of Rock Junior, three World Championships until now, this means that we are trained. The officials of the federation were amazed at the perfect coordination of team, volunteers, trackers and FASI. The work was interesting and was done very well: and this is just the beginning!” 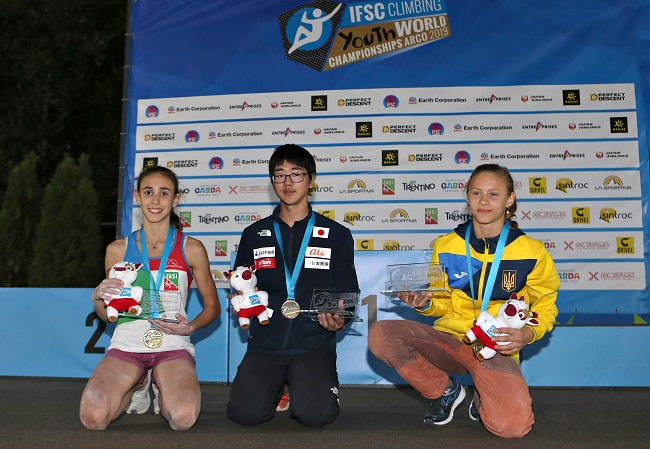