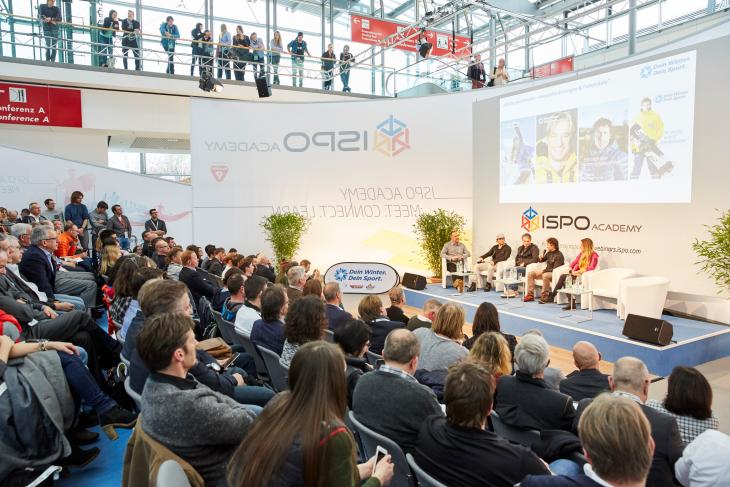 Following the new brand mission—to boost sports worldwide, bolster people’s enthusiasm and offer customers added value—ISPO is expanding its international network in the context of ISPO Academy. In addition to numerous European countries such as France, Poland, Switzerland and Spain, the ISPO Academy is represented in Asia, in particular in China, Japan and Korea. Brazil and India will be added from November 2017 on.

Tobias Gröber, who is responsible for the ISPO group, explains: “This strategic step will strengthen ISPO as the world’s leading sports network and further expand our capacity in future growth markets of the sporting goods industry.” As one of ISPO’s offerings, the ISPO Academy program passes on knowledge, connects industry representatives worldwide and opens up access to new markets. New additions to its portfolio include India and Brazil. Something both countries have in common is an increasing interest among the growing middle class to be physically active. This represents new opportunities for sales and investments for the global sporting goods industry.

India’s sporting goods market on the upswing
Not only is India’s middle class experiencing growth in income, its interest in sports and awareness for a healthier lifestyle is also expanding. Sports such as running, biking and team sports are very popular and represent potential for the sporting goods industry. Whether for clothing or sports equipment, the growing number of consumers is driving the demand upward. Experts forecast that these changes in the market will mean an immense upswing for India’s sporting goods market in the coming years. In addition, the Indian government is backing these developments and subsidizing the construction of new sports facilities with projects such as the government-initiated fitness movement. Private initiatives such as India@75 promote public awareness for sports, their goal being to help India achieve the gold medal in the Olympic Games. Their focus is on well-trained coaches, high-quality sports equipment and development of the infrastructure.

The first ISPO Academy in India will take place in Mumbai on November 17 during the Global Sports Business Show. In 2017, the spotlight is on the impacts of digitization on the textile industry.

Investment opportunities in Brazil
The example of Brazil illustrates how the Olympic spirit can boost enthusiasm for sports. Since the Olympic Games, the percentage of the population taking part in physical activity has grown significantly. In addition to soccer, volleyball, table tennis, swimming and futsal are some of the most popular sports. The Brazilian outdoor market is also promising. This segment has an annual volume of 300 million US-Dollar with an average growth of 25 percent per year. Two million outdoor athletes are now active in the country. The textile industry is also strong: Clothing manufacturers now export 15 percent of their production to other South American countries.

The first ISPO Academy in Brazil will take place as part of the Sports Business Forum in São Paulo. The focus of the ISPO Academy is on the sport and textile industry and the potential of the Brazilian market.

ISPO Academy
The ISPO Academy follows along with the continuous changes taking place in the sports business. Vendors and retailers alike consistently find new inspiration for their business at the conferences, lectures and seminars that are held throughout the year. Experts from all industry sectors contribute their expertise and sharpen the focus on the sports industry of tomorrow. In addition to their own conferences, ISPO Academy also offers a wide range of resources online: Studies, articles, e-learning seminars and web lectures form the basis for a cross-industry dialog.