It is not the first time I leave a route. How could it be otherwise if I have been climbing around the world, maybe in some of the hardest walls, for the last 15 years!

I had to flee from some of them in the middle of Patagonian storms. From some others, let’s say, it wasn’t the day. And from this one in the Nameless Tower because what I saw puzzled me.

Never, not even in my worst nightmares, I could expect, what was supposed to be the easiest part of the route, would reject me. With just one third of the Spanish Route climbed, I have to come down because I don’t want to die in a transition section. What should be “snow edge and snowfield, 2 pitches” as Miguel Ángel Gallego had told me, was in fact a filthy accumulation of loose rocks; a house of cards that would collapse if a single card is taken. When I checked if what I was seeing was true, my right shoulder intercepted the first rock! What was I doing there? Was I were I was supposed to be? Was I wrong? Why? This was not part of my plans.

Basically, the clue is that I don’t want to climb a route everybody climbs. In Eternal Flame or in Slovenian you know what to expect as they are equipped. These are just perfect routes if you aim the top, but not if you aim for adventure. I feel their beauty and respect their history and tradition, however, at the moment, they don’t trigger me, even solo climbing. For some people, solo climbing in such a place is fucking irresponsible. However, from the same point of view, for me, the main different is climbing there with a partner is doubly fucking irresponsible.

Not much after finishing the Three Towers of Paine Traverse, I decided the Trango Towers would be my next objective. I was also looking for a first repetition. Adolfo Medinabeitia explained me La Piola which he had tried. I had chosen it, but then I knew a French team had just repeated it. I t wasn’t for me. On the other hand, the Spanish Route had just turned 25 years of solitude since Miguel Ángel Gallego, José Seiquer, José Luis Clavel and Chiri Ros opened this route after 18 days of bad weather conditions.

Together with what I knew or suspected, some explanations from Miguel Ángel and an outline written in his own hand, convinced me: 1500m, the longest route of this wall in the Tower, free, artificial and ice difficulties. Acceptable for my purposes.

No need of hooks, copperheads or microstoppers. It could be faster than La Piola.

In this sense, Miguel Ángel, a discoverer of awesome routes found it as “a correct equation of prudence an audacity”. I hoped so.

Again, I trained as hard and consciously as the 6257m Tower would require. Solo climbing means a double or maybe triple effort. I was aware that lifting my haulbag up to 5000m would be a difficult challenge only achieved with a good acclimatization programme. Doctor and runner César Canales advised me and he introduced the bicycle in a further aerobic training plan. Apparently, running makes your heart stronger but biking makes it stronger and bigger which is perfect for acclimatization.

The days before my scheduled flight to Islamabad were complicated due to the bombing attacks and the increasing insecurity in Pakistan which made some teams cancel its expeditions. The lack of insecurity I felt in the capital vanished when I reached Skardú. From that point I only met good and very good people. Good people and impressive mountains.

Up to 3500m, right opposite you some giants of 6000m, makes you feel really tiny. It is like being in Vega de Urriello and admire Tres Picus one on top of another.

Already adapted and alone, I finished my portage through the risky 1000m corridor of the Nameless Tower. Similar to most mountains of this kind, first strategy and later speed and luck, play a clue role. I began the first part, the first 500m carrying 20 kg, plus 3 camalots sets and all my hardware. Its crags were full of sand and moss just like a field of potatoes. I used the nut tool for cleaning and I also protected the route. It took me more time than expected. Some steps of free climbing between 6c and 7a (difficult to say), some A3 and mainly 6b and A2. It took me 5 days in capsule style with a 300m long rope to reach the top of the bedrock.

At the first moment, I didn’t understand anything. Where was the snow? Maybe a stone avalanche has turned the Big Traverse into a dump too vertical to be passable. I don’t think so. The aspect of the Nameless Tower is the same one from the last 25 years, except for the huge crack. It took me much longer to know what could have happened.

Was it all covered with snow when in 1989 the Spanish team went over? Probably. They suffered very bad weather conditions, with snowfalls 15 days out of the 18 days of expedition. The weather was really nice when I was there, it was even warm, maybe another impact of the climate change.

There should be snow, and there isn’t. This quarry with an angle of approximately 75 degrees, hidden from my field of vision, was testing all my experience. If you don’t touch it, it looks so calm that it almost invites you in. Only two movements and the first rock in my hand causes a chaos in me. A chaos I did not want to live again. When I was rapelling the Holth route to come down the Towers of Paine I suffered two avalanches, but I didn’t have an option. Here, I should think over it.

I tried to rest and to think. Such an effort, the support of so many people… and I have to turn back home because of some subjective evaluations. Maybe someone else could have gone though it but, how? How to drag my sack? With snow cover, this wouldn’t have been a problem. Maybe with a colleague, one could lift the sack and the other could clear the way. However, if a stone avalanche happens, it would be the end for both climbers. Double irresponsible. I went up and climbed again, I checked again and I went down again.

When one pulls out in the middle of a storm, for example, the joy of being alive is much higher than the failure feeling. I was crestfallen. I left all my stuff there and rapelled. I could get the material another day. In the base camp, Alex Txikon, Pelut and Carlos Suárez cheered me up. Something is clear for me: in such a route, 80% of climbers fail, some of them do it and some of them die. I climbed and checked again. This time, I was part of the 80% group.

Did I fail? I don’t think to avoid something suicidal can be a failure. Did I do something wrong? The strategy, food, material… I think they were all well chosen. There was something about the mountain that I didn’t know. Now, I know it and I will have a second chance. “Only as a warrior can one bear the way of knowledge. A warrior can’t complain or regret anything. His life is an endless challenge and there’s no way challenges are good or bad. Challenges are simply challenges”. Castaneda helps me to understand the message: you take a decision, you try and enjoy. In fact, he doesn’t enjoy however it is in the trying when the warrior feels good about himself. 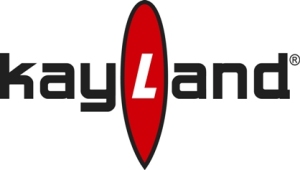 Kayland®’s main goal is the production of high quality outdoor shoes designed for a highly specialized market, with particular focus on foot anatomy and dynamics, technological research, careful materials selection, innovative design. The maintenance of a high profile standard in quality ensures to Kayland® a position of excellence in the outdoor global market. Product and service quality are the basis of customers’ loyalty and of a positive brand image. This is our challenge. We want top athletes and mountain professionals to proudly wear Kayland® shoes because they feel their added value in terms of performance. We want travellers and explorers to wear Kayland® shoes because they are functional and comfortable. We want people to wear Kayland® shoes, because we are passionate as they are.
more