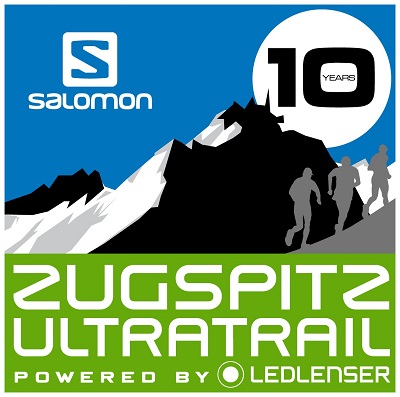 November 15, 2021 marks the start of registration for the 10th anniversary of the Salomon Zugspitz Ultratrail powered by Ledlenser (ZUT). The ZUT is the biggest trail running event in Germany and will take place from June 17 to 19, 2022. The organizers are anticipating up to 4000 runners from all over the world, who can choose from 5 routes varying from 25 to 106 km around Germany’s highest mountain, the Zugspitze. For the first time ever, the start of the Ultratrail and the finish of all races will be in the Olympic town of Garmisch-Partenkirchen.

After two years of pandemic-related interruption, the Zugspitz Ultratrail is back. Celebrating its 10th year, Germany’s biggest trail running event will take place from June 17 to 19, 2022 and for the first time, the Olympic town of Garmisch-Partenkirchen will be the main hub. “Over the years, the ZUT has become too big for the small Zugspitze village of Grainau, so we are moving to the ski stadium in Garmisch-Partenkirchen. We started with around 700 participants in 2011 and this year we anticipate up to 4000 runners from all over the world,” explains project manager Uta Albrecht from PLAN B event company. “The last two years we have bridged the ZUT with a virtual edition, but nothing beats a live experience, especially with such a great community. The ZUT not only offers exciting experiences on the trails, but is the meeting place for excellence for all trail runners.”  The traditional large expo with approx. 25 exhibitors, will also give participants the opportunity to find out about the latest developments in the trail running scene in the Garmisch-Partenkirchen ski stadium.

The relocation to Garmisch-Partenkirchen as the main hub is also accompanied by slight changes to the route: the Ultratrail with the start and finish in Garmisch-Partenkirchen maintains the very largest part of the route, is now 106 kilometers long, however the elevation remains largely identical at 5300m. The Ultratrail is an extremely demanding alpine trail run based on its length and altitude, but due to the many runnable sections it also offers a nice balance to those who feel overwhelmed in challenging, technical terrain.