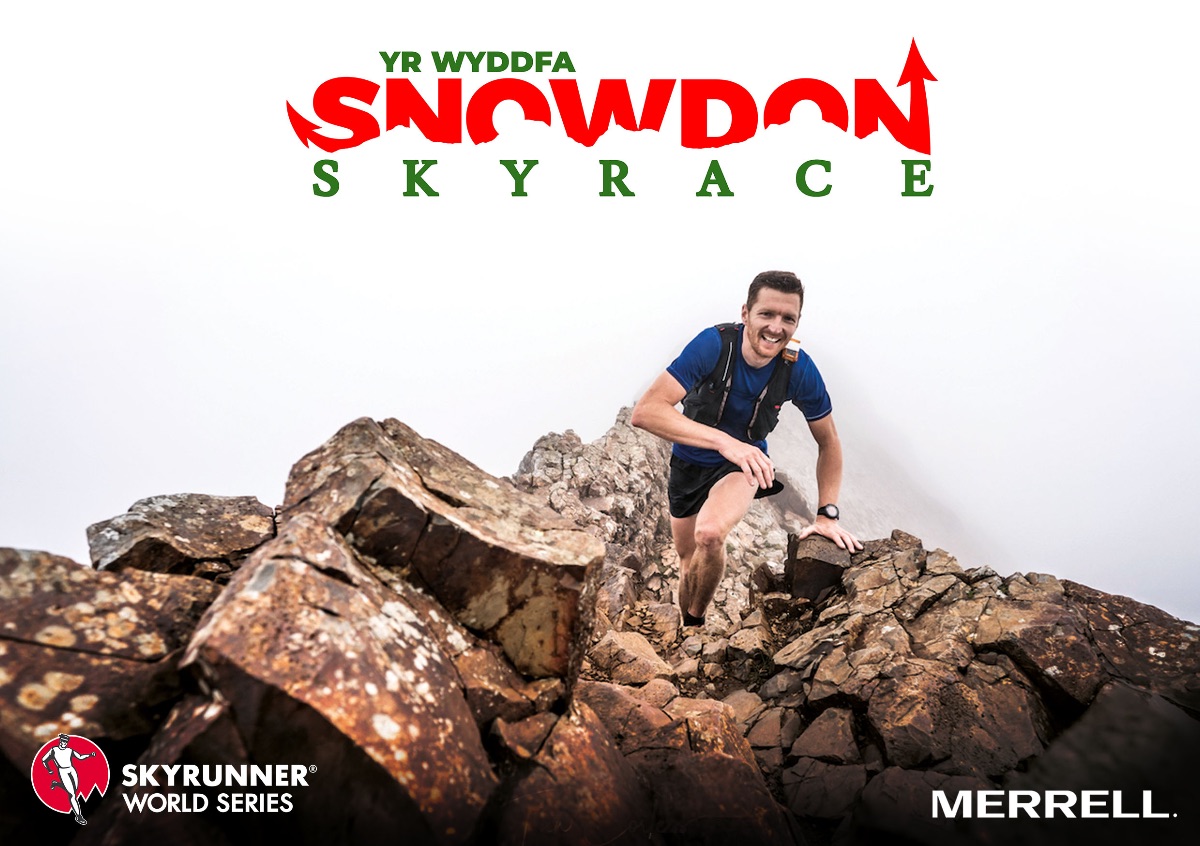 Get ready for harsh Welsh conditions, sharp ridges and exposed and technical terrain! On the 3rd of October, for the first time since 2018, the official skyrunning circuit will be back on British soil for Snowdon Skyline®, part of the Snowdon Skyline weekend. The surprise addition will be the 12th race of the 2021 season.

Since announcing the 2021 calendar, the Skyrunner® World Series set out to lift the spirits of the skyrunning community by keeping one surprise race up its sleeve. At the beginning of March, the series announced that there would be a new UK addition to the 2021 calendar. After much curiosity, today, the mysterious race was finally unveiled as Snowdon Skyrace® – a brutally challenging course in the heart of Wales’ iconic Snowdonia National Park.

Seana Forbes, Skyrunner® World Series representative explains: “We have been searching for a new UK Skyrunner® World Series race. The UK has a strong skyrunning community and many locations suitable to host a event at World Series level. That’s why we are thrilled to now add Snowdon Skyrace® to the 2021 calendar. The course has all the characteristics it needs to become a new favourite – scrambling, ridges, steep climbs and technical descents, and let’s not forget the weather – we know that skyrunners love the harsh British conditions. Myself and the Skyrunner® World Series team can’t wait to be back in the UK this October and we hope this announcement gives our fans and athletes something more to look forward to this year amongst all the uncertainty.”

A 90-minute drive from Manchester and Liverpool airports, Snowdonia is widely regarded as a veritable haven for scrambling and technical trail running, boasting some of the most stunning scenery and terrain the UK has to offer.

“Since 2018 it has been our goal to host a round of the Skyrunner® World Series here in North Wales and show the skyrunning world what Snowdonia has to offer.”, explains Race Director Michael Jones, “The route is simply phenomenal, taking in the area’s most iconic ridges and Grade 1 scrambles, it’s sure to become an international classic and a very worthy addition to the World Series. I’m super excited by the prospect of the world’s best skyrunners racing over Crib Goch this October!”.

Entries for the Snowdon Skyrace® are now live and with over half of them already snapped up, this race is likely to reach capacity well in advance of October! More event info and entry available via the Snowdon Skyline website.

With less than three weeks before the first race of the season, we are now, more than ever, looking forward to getting stuck into the 2021 series. As of now, the circuit will go ahead as planned with the first race, Mt Awa Skyrace® in Japan, kicking things off on the 18th of April. Of course, we are still living in uncertain times and we must be prepared for changes. All changes will be communicated via the Skyrunner® World Series social media channels.