An idea, a project by two climbers from Pragelato (Turin): Carlalberto “Cala” Cimenti and Alberto “Friky” Friquet, and achieved after years of dreams and research.

Crossing 16 nations to climb the five highest peaks in the mountain ranges of Pamir and Tien Shan (ex Soviet Union), all above 7,000 metres, the northernmost in terms of latitude and also the coldest. And managing to use skis as much as possible for both the ascents and the descents. An all-Italian exploit with Ferrino alongside its ambassadors, Cala and Friky, a feat that requires a good deal of physical strength, a lot of determination and a little good luck. 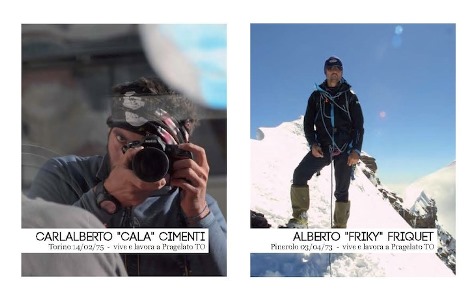 SNOWLEOPARD AWARD
The Snowleopard medal is given to those who climb the five peaks over 7,000 metres in the Ex-Soviet Union.
Since 1981, 567 climbers have been awarded this prestigious medal. However, no one has ever completed this feat using skis, as is the intention of Cala and Friky.

REAL-TIME UPDATES
Via satellite, our two climbers will be keeping us up to date with their adventures via Facebook and the Web: