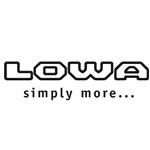 Lowa a German shoe manufacturer immediately sent hundreds of trekking boots to the grieving population and collected amongst employees the sum of 3.000 … The LOWA product philosophy is based on our traditional values, passion, perfection and quality. LOWA represents more than 90 years’ experience in shoemaking. But a company is only as good as its employees. A view behind the scenes shows the people at their daily work…. Thanks to a longtime relationship with Lowa, Ines Papert feels to be part of the brand that supports her dreams and respects her way to communicate the mountain. A communication always open to ethical style, new aims and human contacts. Enjoy the video interview! The mountaineers Gerlinde Kaltenbrunner and Ralf Dujmovits tell us their particular and “double” way to interpret the life among summits and the close relationship that connects them with the spirit of LOWA. Women’s feet are just more sensitive, plus they’re simply made differently. Made exactly to her specifications is the woman’s trekking boot Mauria GTX® WS. It’s perfect for multi-day, hut-to-hut hikes in alpine terrain or for other demanding tours in the highlands and hills. With the Z-8 collection LOWA offers a robust, durable outdoor boot. This boot is especially suitable for special forces and marches with moderately heavy packs on varying terrain. 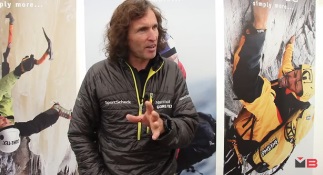 During the 90th Anniversary of Lowa, Mountainblog had the occasion to meet the professional climber and mountaineer Stefan Glowacz. After some words about his past in the climbing competitions, he talks about his change of perspective, which led him to take part to some important expeditions in the vertical world. The last part of the interview is dedicated to his relationship with the german company of Lowa. Watch in few minutes the whole production process of the most famous and successful Lowa shoe: the Renegade. Doesn’t matter what the weather is like this winter. You’ll be geared up superbly with LOWA Cold Weather Boots. These functional, versatile styles keep your feet warm in all…