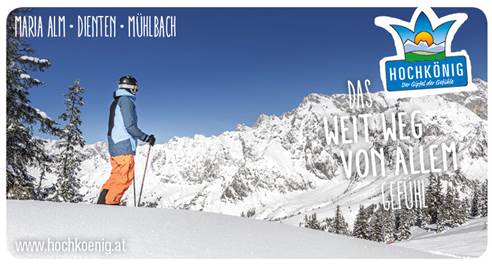 Hochkönig. Where there’s a will, there’s always a trail! From the 2-4 June 2017, the “Summit of Sensations” will once again be the place for athletes to surpass their limits. The Hochkönigman, perhaps the most spectacular trail running festival in the Alps, is turning away from tarred roads and taking you cross country into the mountains. And, with us for the first time: the prestigious x cross run Tour!

The countdown is running
It’s now only a few months until the Hochkönig is once again the place for that “winners never give up” feeling, with hundreds of competitors overcoming countless vertical metres by day and through the night. Of course, the Hochkönigman event calendar is packed full with challenging runs and disciplines for recreational athletes and serious athletes of any age. You can see just how popular the Hochkönigman has become by the fact that it came 3rd in the Trail Awards 2016, voted for by readers of the trail running scene magazine. This high accolade of course gives added motivation to continue full throttle!

x cross run for the first time at the Hochkönig
The x cross run will be at the Hochkönig, the “Summit of Sensations” for the first time ever. This popular obstacle race took place for the first time in 2011 on the Donauinsel in Vienna, with 1000 participants. After Vienna, Obertauern and Podersdorf am See followed, and on the 2 June 2017 at 6 PM, the Hochkönigman will have 15 obstacles waiting for individual runners (6 km) and teams (3 km). The x cross run is not just about athleticism; the difficult obstacles on the course demand a certain amount of skill, strength, and balance too. But of course, fun is the main component over the tractor tyres, water obstacles, and climbing nets, and mud and dirt also play their part, of course.

The Hochkönigman programme
As a new member of the Austrian Trail Running Cup, the variety-rich Hochkönigman is shining in all its glory in 2017. As well as the x cross run, there are several other disciplines in the programme, each no less spectacular. During the night up to the 3 June 2017, the Endurance trail running champions will be decided. Armed with head torches, they must overcome 85.1 km and 5753 vertical metres, a feat only possible for the greatest of athletes. The Marathon event (47.4 km, 3156 vertical metres) must not be underestimated, and the half marathon too. Men and women, teams and juniors set off on a route covering sweat-inducing vertical metres, rewarded by the glorious panoramas of the Hochkönig. There are various side events, and Expo area, and a big finishers’ party in the finishing area to suitably round off 3 brutal days in running shoes.

The running arena around the Hochkönig comprises rocks, meadows, and peaks and is expecting many brave athletic competitors. Further enhanced by the difficult yet at the same time entertaining x cross run event, the Hochkönigman 2017 promises 3 days packed with action. Photos (freely reproduci.