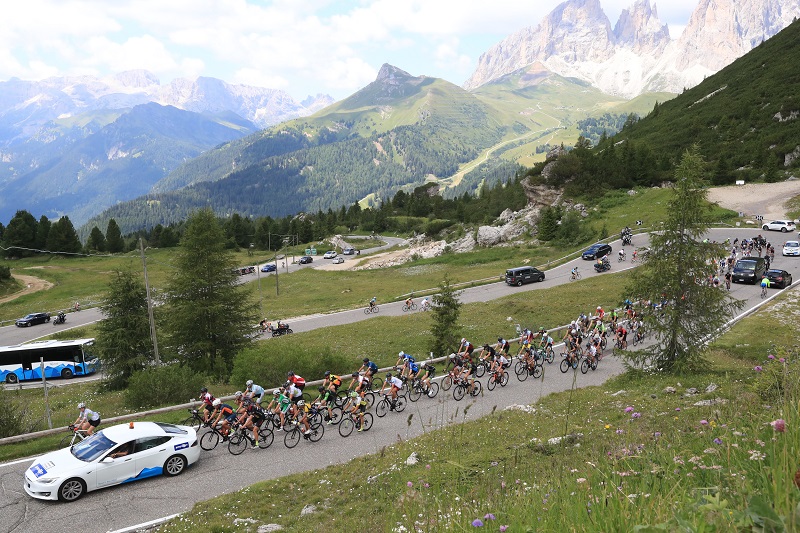 A restricted starting field of 600 participants per day, reduced registration fees for all cyclists from the Dolomite region, simplified registration procedures and mobile toilets for women along the route: these are just four of the many other innovations that characterise the 43rd edition of the Giro delle Dolomiti. The tour, during which the participants ”fill up on South Tyrol” for a week, will take place in 2019 from 21 to 27 July. On Wednesday, Chair of the Organising Committee Simon Kofler and Vice President Luca Gransinigh introduced the event and the six stages at the Bolzano Chamber of Commerce in the presence of many VIPs.

South Tyrolean sporting events enjoy an outstanding international reputation. This is primarily due to the level of professionalism and the commitment of the organisers, who put their heart and soul into the preparations. The same is true of the organisers of the Giro delle Dolomiti, who are as passionate as the founding fathers of the legendary South Tyrolean cycling event more than four decades ago in 1977.

“Our OC is young, multilingual, goal-focused and harmoniously combines past, present and future. As far as the 2019 edition is concerned, we have set ourselves the goal of continuing to grow in terms of quality. And so we will in particular accommodate our many female participants. Where it is at all possible, we will set up women’s toilets. In addition, we will raise the quality of our refreshment facilities by another level, and we will make the runs after the individual time trials more flexible, to ensure that we meet the needs of the top athletes as much as the wishes of the pleasure riders,” said Chair of the Organising Committee, Simon Kofler. To enhance usual quality even further, no more than 600 cyclists are admitted every day – plus all cyclists who live in the provinces of the Dolomites and all those who remain loyal to the Giro delle Dolomiti year after year. 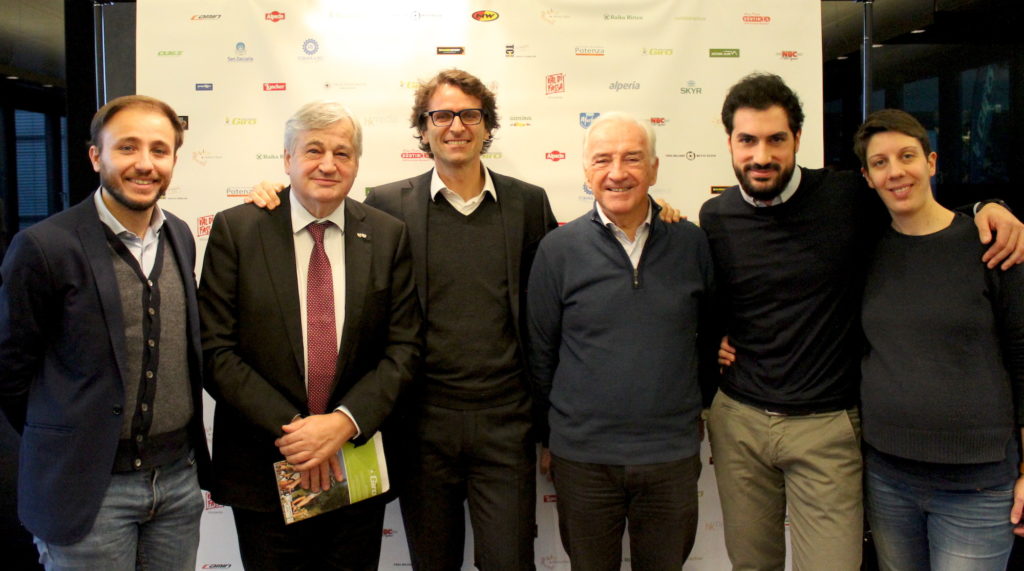 International competitors
Speaking of participants: here too, there have been many changes recently. “In 2018 cyclists from over 30 countries gathered at the start. We are pleased with this development, because our goal is to bring as many people from distant countries and continents as possible closer to delightful country of South Tyrol. Participants in the Giro delle Dolomiti can breathe-in South Tyrol in all its variety. We are not a one-day event – in the course of a week we cycle through almost all parts of the country with their many sights and special features, and that really gets under your skin. Reading the feedback from our participants, gives us goose bumps. It’s a great satisfaction and an outsider understands why it’s so nice to be able to take care of the Giro,” Kofler continued.

The six stages of the Dolomite cycle tour reflect all the beauty of the northernmost region of Italy. The 2019 Giro delle Dolomiti begins on Sunday 21 July with the Bolzano-Renon section. The stage is about 65 kilometres long; the time trial covers almost 12 kilometres with an altitude difference of 800 metres. “It’s a warm-up for the rest of the week, with a few more highlights to come,” explained Luca Gransinigh, Vice President of the Organising Committee and responsible for selecting the routes.

Passo delle Erbe – possibly the most beautiful pass in the Dolomites
The second stage covers the climb from Bolzano via Ponte Gardena and unspoilt Val di Funes to Passo delle Erbe. Whether Giro d’Italia or Tour of the Alps – the most famous cycle races lead to Passo delle Erbe. For many top athletes it is possibly the most beautiful pass in the Dolomites. We also believe that this 133.5 km long stage is special. The timed section with a length of 8.2 kilometres and an elevation gain of only 329 metres will certainly change all the rankings”, stated Chair of the Organising Committee Simon Kofler with conviction.

An absolute novelty at the Giro delle Dolomiti is the ascent of the Passo Fedaia, which has never been tackled in the 42-year history of the race. At the third stage on Tuesday 22 July, the longest section will change to a total of 176.3 km and an elevation gain of almost 3000 m. “Highlights certainly include the incredibly beautiful views of Marmolada and the unique panorama at the finish of the time trials”, enthused Luca Gransinigh.

Start in Brunico – Descent to the “pearl of the Dolomites”
After a day’s rest the Giro delle Dolomiti 2019 continues on Thursday, 25 July. This time the stage unusually does not start in Bolzano but in Brunico. From the capital of Val Pusteria, the route leads up Val Badia to the Passo Valparola, the finish of the time trial. “The descent takes us as far as Cortina, the “pearl of the Dolomites”, where the Alpine Ski World Championships will take in 2021, and where we are hoping to be able to stage the Olympic Games in 2026. We would also like to excite the participants with this wonderful part of the Dolomites”, said Simon Kofler.

Like this year, the fifth stage of the Giro delle Dolomiti 2019 leads to Alpe di Siusi, this time, however, via Ponte Gardena and Castelrotto. “Alpe di Siusi is one of the classic races and has often been the finish for the Giro delle Dolomiti”, explained Gransinigh. The Dolomites cycle tour 2019 concludes with the team time trials in Bassa Atesina around the wine village Magré. “The individual cyclists’ results are not included in the overall ranking, but all cyclists must participate in the Team Crono in order to be included in the rankings – just like for the great professional tours. Here the start is something very special, taking place in the heart of Bolzano on Piazza Walther”, explained Luca Gransinigh.

Fiera Bolzano is the ideal logistics partner
The “base camp” of the Giro delle Dolomiti is once again at the Fiera Bolzano, where four of the six stages start. “In terms of logistics, the Fiera Bolzano is perfect. It has been our partner for many years and the cooperation has proved very successful,” said Simon Kofler. He then concluded by explaining the participation fees for the Giro delle Dolomiti 2019. The weekly ticket for six stages costs 330 Euro, while all cyclists living in the provinces of Bolzano, Trento and Belluno have to pay 290 Euro. Day tickets for individual stages cost 70 Euro, or 50 Euro for all cyclists living in the Dolomite regions.

As far as enrolment procedures are concerned, the whole process has been simplified and optimised. Registrations are now open via the official website. “Finally, I would like to thank all partners and the local administrations. Without their valuable support, we could not organise a top-class event like the Giro delle Dolomiti,” concluded Chair of the Organising Committee Simon Kofler.