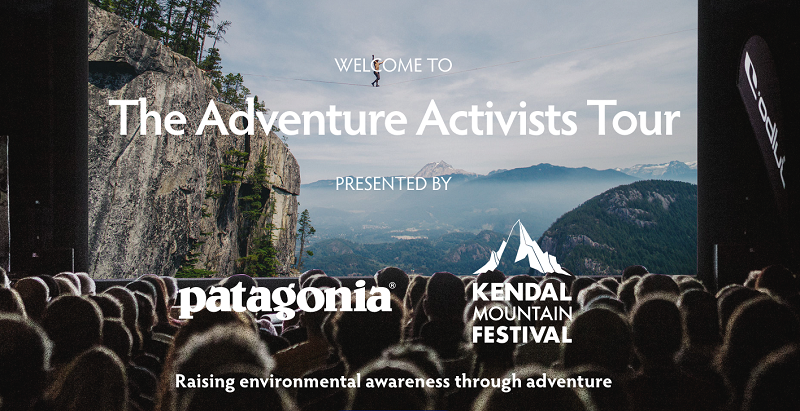 Guests are invited to enjoy inspiring stories and eye-popping films of exploration from some of the world’s most acclaimed environmental adventurers this October and November. By opening discussions, it’s hoped each event will encourage positive change to environmental threats through better understanding on both a local and global scale.

The 2017 tour will involve a series of two hour events with each event including talks by two adventurers interspersed with inspiring films. Tickets will be priced at £8 / £6 concession for the first three locations and will be available via www.adventure-activists.com with the final stop available as part of the full Kendal Mountain Festival programme.

Speakers: Adventure Activist Tour speakers are change-makers, setting out to transform opinion and instil environmental change. Overflowing with first-hand stories of their incredible explorations their accounts will captivate and inspire. Speakers include:

Sarah Outen – London + Manchester
British adventurer and author who has looped the world on human power alone. A 4.5-year journey by land and sea, full of adventures and surprises. Having spent months alone at sea – she has witnessed the devastating impact plastic pollution is having on our planet.

Dan Yates – North Wales
Dan Yates is an avid kayaker and one of the founding members of the Save our Rivers charity, whose aim is to keep the UK’s rivers flowing freely.

Rick Ridgeway – Kendal
One of the world’s most accomplished mountaineers and explorers. Rick has explored six continents, directed documentaries and films, and written several books. He was part of the first American team to summit K2 and has been honoured with National Geographic’s “Lifetime Achievement in Adventure” award. In 2005 Rick joined Patagonia as Vice President of Environmental Affairs.

Presented by  Kendal Mountain Festival in partnership with Patagonia, to book tickets and find out more please visit: www.adventure-activists.com