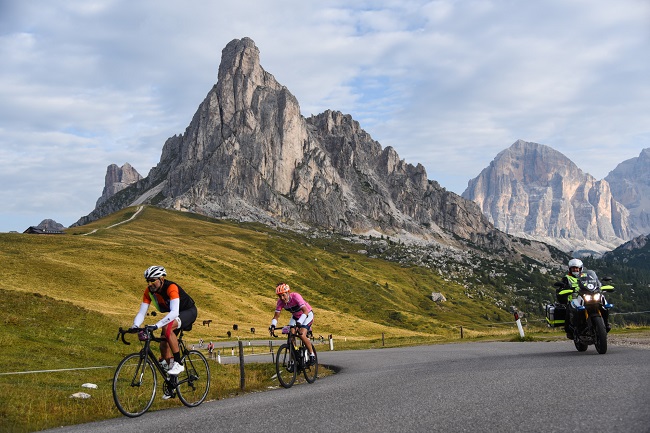 The 2017 Haute Route Dolomites features a brand new course, simpler logistics than in previous years and some of the cycling world’s most famous climbs, event organiser and creator OC Sport revealed today. The fourth edition of the Haute Route Dolomites starts for the first time from Innsbruck, the capital of the Tyrol, and then makes its way to Venice by way of a spectacular and challenging course that covers 852 kilometres of road, and with 21,000 metres of vertical ascent.

The key climbs include the majestic Timmelsjoch and the Monte Giovo, an Individual Time Trial up the Passo delle Erbe, the Passo San Pellegrino and Passo Fedaia. Another bonus is that the new route offers three two-night stays for riders, reducing the logistical challenge of the week dramatically. Benjamin Chandelier, the Haute Route Dolomites Event Director, says that this edition looks set to be an absolute classic that will challenge riders of all abilities.

“We are super-excited to be starting from Innsbruck and for the first time in the history of the Haute Route Dolomites to have devised a course that travels directly to Venice without transfers,” he said.

“The double-night stays are going to make everything very easy off the bike, meaning riders will be able to enjoy their time on the bike even more. It’s a new beginning for this great event and one not to miss,” Chandelier added. 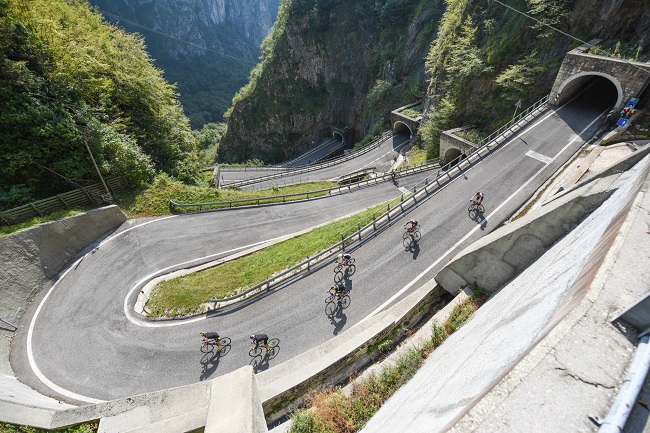 After a slightly easier Stage 3 dominated by the Passo di Pennes, the Individual Time Trial follows on Stage 4, a 17km ascent of the Passo delle Erbe from the west, rising 1,100 metres with an average gradient of 6.5% and a maximum of 11%.

Stage 5 is another relatively short one at 93km but it includes a total of 3,250 metres of ascent made up of a second ascent of the Erbe – this time from the north – and two climbs engrained in the history of Italian cycling – the Passo Gardema and the Passo Sella.

Then comes the final challenge, a long Stage 7 from Canazei to the charms of Venice, with the Passo Fedaia once more on the agenda alongside the Forcella Franche and San Boldo Pass.